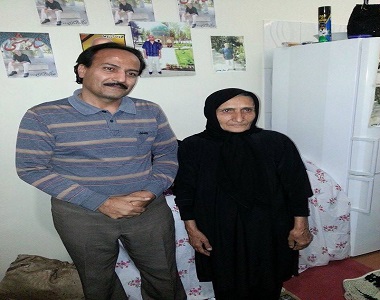 HRANA News Agency – The court session of Zartosht (Esmaeil) Ahmadi Ragheb, civil rights activist was postponed by his request, to February.
According to the report of Human Rights Activists News Agency (HRANA), Mohammad Moghimi, his lawyer said that the court session was scheduled to be held on January 19 in branch number one of Shahriyar revolutionary court, but due to defender’s request and acceptance of the judge, it was postponed to February 16.
Mr. Ahmadi has been charged with propaganda against the regime. He was summoned to the security police in July 2015, and then his case was sent to Shahriyar court.
Zartosht Ahmadi Ragheb has another open case regarding public protest. He was arrested in front of Dena tire office, along with some other protesters, and was transferred to ward number 8 of Evin prison on November 23.
This civil rights activist was released from ward number 8 of Evin prison on the bail on December 7, 2015.