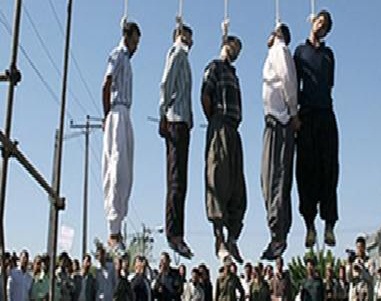 HRANA News Agency – 2 women and 2 men have been hanged in Dizel Abad prison of Kermanshah are hanged on charge of drug trafficking.

According to a report by IRIB, the persecutor of Kermanshah claimed: “These prisoners who were the main drug traffickers in Kermanshah, had 2000 gr. heroin and Krak and almost 25000 gr. opium.”

He added: “The death sentence of these four including two women was confirmed through a legal process.”