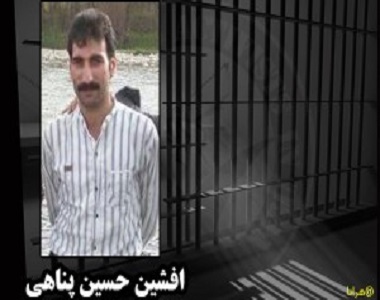 HRANA News Agency – On July 18, Afshin Hossein Panahi was arrested by security forces in Dehgolan city of Kurdistan province and was transferred to an unknown location.
According to the report of Human Rights Activists News Agency (HRANA), intelligence officers arrested Afshin Hossein Panahi at his his house on July 18, and transferred him to an unknown location.
Afshin Hossein Panahi had been arrested previously on April 9, and later was sentenced to one year in prison on charge of “propaganda against the state” in branch 1 of Sanandaj Revolutionary Court, headed by judge Hasan Babaie.
He was released on the bail later.
It is not clear if the reason of arrest was to serve the sentence of one year in prison or another reasons however, a close person to Mr. Hossein Panahi told HRANA’s reporter that the he is being held in the Intelligence Detention and was arrested in connection with the a case.
It should be noted that Afshin Hossein Panahi who has worked in collaboration with environmental institutions, had experienced a year of detention in prison of Qorveh on charge of “propaganda against the system” in the case of the murder of his brother (Ashraf Hossein Panahi) in 2011.