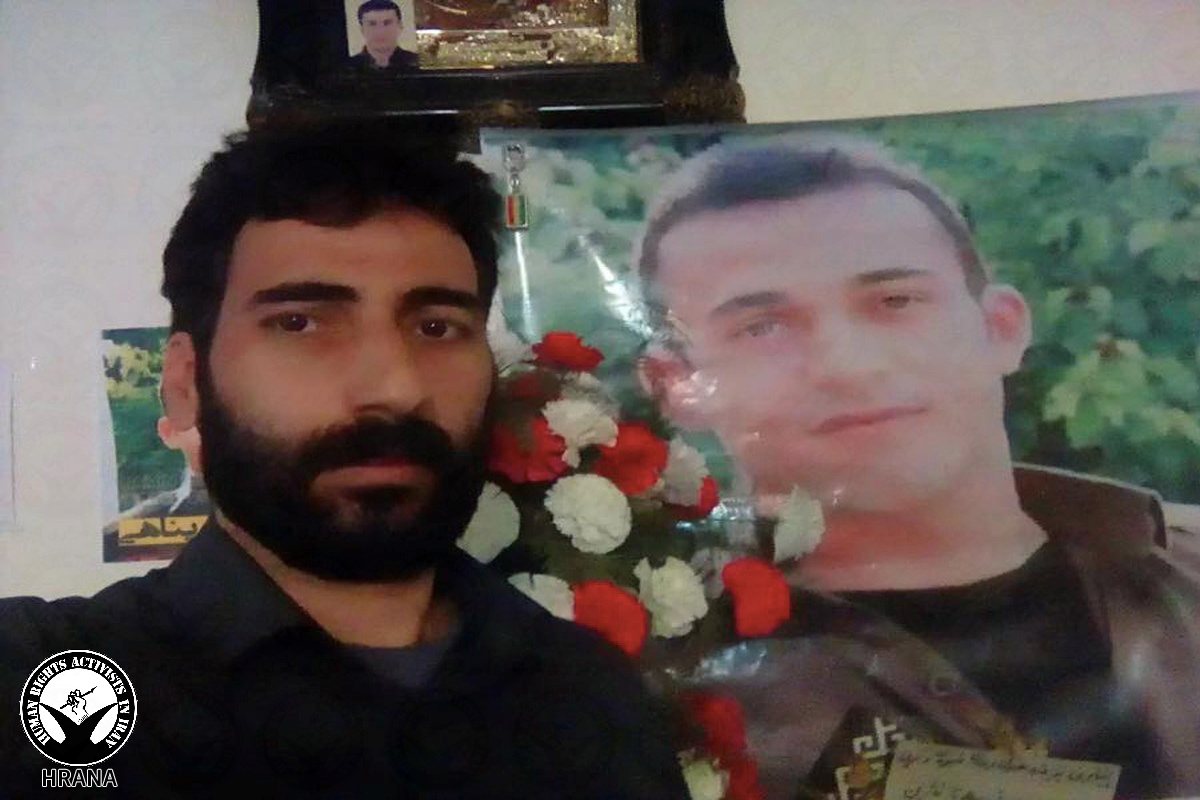 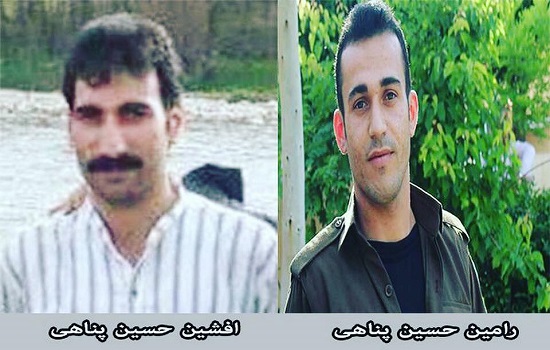 Human Rights Activists News Agency (HRANA)- Following the execution of his brother Ramin, political prisoner Afshin Hossein Panahi has expressed his gratitude and solidarity in the form of a letter, addressed to an international community which continues to champion the memory and cause of his late sibling.
At an undisclosed location in Tehran province on September 8th, Ramin Hossein Panahi was hanged to death alongside Zanyar Moradi and Loghman Moradi, without notice to their respective families or lawyers, and pursuant to a legal process on which human rights organizations had already cried foul.
Once the brothers were hanged to death, their families received threatening messages from the Ministry of Intelligence and were refused the right to inter their bodies.
In the wake of these executions, residents and merchants of several Iranian cities where Iran’s Kurdish population is highest– particularly in the provinces of Kurdistan, Kermanshah, and West Azerbaijan –went on a general strike. In response, civil activists in the cities of Sanandaj, Marivan (Kurdistan), Oshnoviyeh, Sardasht (West Azerbaijan), and Ravansar (Kermanshah) have been taken into custody.
Seven political detainees at Evin Prison, including Atena Daemi, Nasrin Sotoudeh, and Golrokh Iraee, have written letters to express their condolence to the families of Moradi, Moradi, and Panahi.
United Nations High Commissioner for Human Rights Michelle Bachelet responded to the executions in the following statement: “I deeply deplore the executions last week of three Iranian Kurdish prisoners despite the serious concerns raised by Special Procedures mandate holders that they were not afforded fair trials, and were subjected to torture.”
Philip Luther, Amnesty International’s Research and Advocacy Director for the Middle East and North Africa, has also condemned these executions.
The full text of Afshin Hossein Panahi’s letter, translated into English by HRANA, is below:
A whisper echoes through the iron labyrinth
It sings, “endure! dawn is upon us!”
To the dear civil rights activists, and political parties and groups both inside and outside Iran,
I am thankful and grateful for your unfaltering efforts and support over the past year in trying to stay the execution of my innocent yet audacious brother.
I have a heavy heart and tearful eyes in my grief over the loss of Ramin, who died with dignity. He was proud to fight for the freedom of those who would *later rise in [his] defense and honor, those who have peacefully troubled the foundation of despotism.
Fettered in prison, I am no free man. Notwithstanding my innocence, and my faith in the righteousness of the freedom march, I suffer pains common to all Iranian civil and political activists, and my demands have become one with theirs. I demand my rights be realized, and I will not rest or falter until they are restored. I am infinitely thankful to those comrades who strive to raise the voice of Iran’s political hostages.
Let it be known that the strength of our pact and the spirit of our fight will prevail.
Afshin Hossein Panahi,
Sanandaj Central Prison
* Referring to the general strike in Kurdish areas of Iran
*************************
Afshin Hossein Panahi is a political activist who was arrested on June 26th, 2017 in his home. He was sentenced to eight and half years in prison by judge Saeedi of Branch one of Sanandaj Revolutionary Court on charges of “disseminating propaganda against the regime” and “collaboration with a Kurdish opposition group through participation in a Nowruz ceremony.” This sentence was upheld in appeals court. He was also arrested in 2011 for inquiring into the suspicious death of another one of his brothers, Ashraf Hossein Panahi. In that case, he was sentenced to one year in prison for “propaganda against the regime.”

HRANA News Agency – Hossein Ahmadi Nia’z, Ramin Hosein Panahi’s lawyer, announced the elimination of his client’s incommunicado.
According to the report of Human Rights Activists News Agency in Iran (HRANA), Hossein Ahmadi Nia’z announced the elimination of incommunicado of Ramin Hossein Panahi on Wednesday, February 28. He continued and told HRANA’s reporter: “After consulting with the judge, I asked them to remove the ban on Ramin Hossein Panahi’s visit, and after agreeing with this request, along with Ramin’s mother, I visited Ramin”. END_OF_DOCUMENT_TOKEN_TO_BE_REPLACED

HRANA News Agency – Ramin Hossein Panahi, political prisoner who has been detained for more than 200 days in the solitary confinements of the intelligence ministry and IRGC, has been transferred to Central Prison in Sanandaj on January 9, 2018.
According to the report of Human Rights Activists News Agency (HRANA), Ramin Hossein Panahi was transferred to Central Prison in Sanandaj. END_OF_DOCUMENT_TOKEN_TO_BE_REPLACED

HRANA News Agency – Ramin Hossein Panahi’s mother was allowed to meet him shortly at an unknown location following continuous pursuit after more than four months of the arrest of Ramin Hossein Panahi by the IRGC forces.
According to the report of Human Rights Activists News Agency in Iran (HRANA), no news of Ramin Hussein Panahi’s fate was given to his family during the past four months since his arrest by the IRGC forces in Sanandaj. END_OF_DOCUMENT_TOKEN_TO_BE_REPLACED

HRANA News Agency – Abbas Hossein Panahi was released on the bail after more than two months. At the same time, it has been reported that Afshin Hossein Panahi has been transferred to the central prison of Sanandaj. However there is still no information about the fate of Ramin Hossein Panahi, the prisoner who was shot and detained by the Revolutionary Guard forces.
According to the report of Human Rights Activists News Agency in Iran (HRANA), after 66 days of being under arrest, Abbas Hossein Panahi, from Dehgolan was temporarily released on a bail of 1500 million IRR from Sanandaj Intelligence Bureau’s detention Centre. END_OF_DOCUMENT_TOKEN_TO_BE_REPLACED 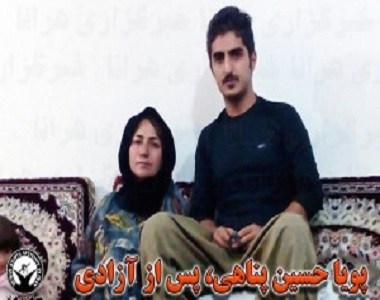 HRANA News Agency – Poya Hossein Panahi from Dehgolan, was temporarily released after more than two months of detention, on the bail until the judiciary authorities’ decision will be issued.
According to the report of Human Rights Activists News Agency in Iran (HRANA), Poya Hossein Panahi from Dehgolan, who was arrested by the security forces in Tehran, on August 29, and after a short detention in Kahrizak camp was transferred to Evin prison, was released temporarily on a bail of one billion IRR. END_OF_DOCUMENT_TOKEN_TO_BE_REPLACED