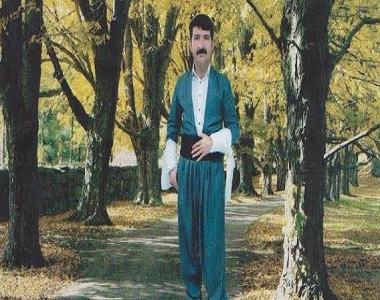 HRANA News Agency – Ali Ahmad Soleyman, death row political prisoner has been exiled to Tabriz Central Prison.
According to the report of Human Rights Activists News Agency (HRANA), Ali Ahmad Soleyman, death row political prisoner was transferred to an unknown location and finally to Tabriz Central Prison on 3rd January.
An informed source in this regard, told HRANA’s reporter, “Mr. Ahmad Soleyman was transferred to ward 9 of Tabriz Central Prison, on 4th February, to serve his previous sentence of 5 years imprisonment in exile.”
This political prisoner, who had been held in hall 12 (political prisoners’ hall), in Urmia prison, has been accused of murder of 2 members of IRGC, in an armed operation.
Formerly, one of his relatives had told HRANA’s reporter: “Judge of his case, has issued the death sentence without any evidences of his participation in the operation which led to the death of two IRGC members, but just because IRGC intelligence service asked him to issue this verdict.”
This source also added: “At the last time that this prisoner was transferred to Urmia Intelligence office, he was asked to give the name of the people who had murdered those two members of the IRGC, otherwise accusation of murder will be related to his case.”
Ali Ahmad Soleyman, was deprived of the right to hire a solicitor and because of the foreign nationality, no one had accepted to be his representative.
He was charged in early February 2012 on charges of connection with Ahmed Shaheed and overseas media and propaganda against the regime from inside the prison and was sentenced to one year imprisonment.
This political prisoners’ transfer to unknown location, had raised his family’s and fellow-inmates’ concerns.