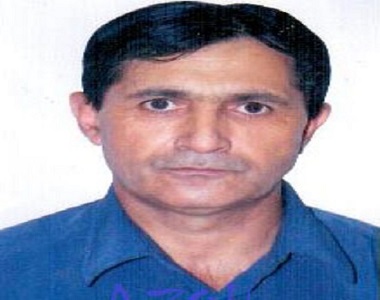 HRANA News Agency – Asadollah Asadi who is on the hunger strike was transferred to Ward 240 of Evin Prison, had been harassed by electric Hemlock.

According to the report of Human Rights Activists News Agency (HRANA), when Doctor Asadollah Asadi went on hunger strike due to the denial of his liberty by the authorities was transformed to solitary confinement in ward 240 of Evin prison, after a while he returns to his ward on the 22 of December.
On January 1st he began the strike again to protest against the denial of his freedom by the authorities and was returedn to solitary confinement in ward 240 of Evin.

He was beaten by Section 240 officer after a protest against prison guards. Then the guard began to harass him with electric Hemlock.
He was in handcuffs and shackles in solitary confinement for a long time.
Handcuffs and shackles on prisoners in solitary confinement is one of the ways to put pressure on the prisoners which during recent years have become very popular in the country’s prisons.