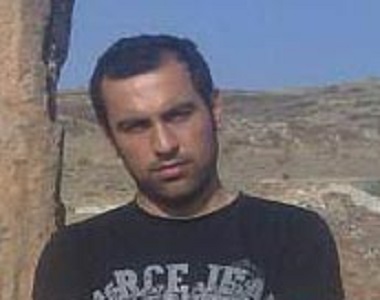 HRANA News Agency – Asgar Akbarzadeh, Turkish (Azari) activist in Ardabil, was arrested by the intelligence forces. The reasons of the arrest and the charges against him are still unknown.
According to the sources of Human Rights Activists News Agency in Iran (HRANA), Asgar Akbarzadeh, civil rights activist and resident of Ardabil was arrested by the intelligence and security forces and transferred to an unknown location on March 1.
He has been arrested by the security forces in his workplace in the city of Givi (Kosar) in Ardebil province.
According to local activists, intelligence forces referred to his father’s house and inspected the rooms and took his belongings with themselves.
Mr. Akbarzadeh was arrested due to his activities in line with rights of Turks and had been arrested several times previously.
Asgar Akbarzadeh is graduated in Applied Chemistry from Payam Nour University of Ardabil.