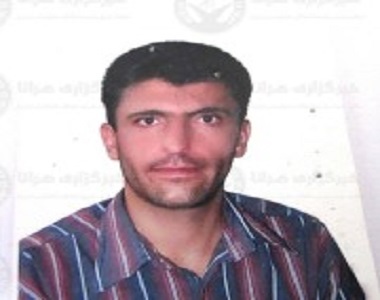 HRANA News Agency – “Mahmoud Soroush”, a Bakery worker was sentenced to pay 50,000 Tomans by a court in Khomien on the charges of using satellite TV equipment.

According to the report of Human Rights Activists News Agency (HRANA), in late June 2014, Mahmoud Soroush, son of Mustafa, a citizen of Khomien County in Isfahan state was arrested at his work place (Bakery) by Intelligence forces.

10 days after his arrest, Mahmoud Soroush was transferred to Khomien Prison and a week later he was released on Bail.

On 01 September, 2014, he was trialled at the Islamic Revolutionary Court on the charges of propaganda against the ruling system and several days later received 1 year imprisonment sentence.

Also, this Social Media Activist was fined 50,000 Toman at Branch 101 of Khomien Public County Court on the charge of using satellite TV equipment.

He told HRANA reporter: “the judge told me that he is under pressure from the state to gives a larger fine for my case. I have been told that the judge can fine me for up to 500,000 Tomans” if this happens again.

It is important to mention that Mr Hasan Rohani, Iran’s President, answered a question about this topic in his interview while he was in New York. In this interview which was broadcasted on TV, Mr Rohani was asked by a reporter about the freedom of access to satellite TV channels in Iran. He responded: “satellites TV Channels are available in every village these days. Look at the rooftops to see what’s going on in Iran and to see satellites are available in every village. Yes, I believe this is no longer an issue for such times. It is a natural right for all countries and all people to have access to satellite TV channels and Iranian people have this right and access, too.”