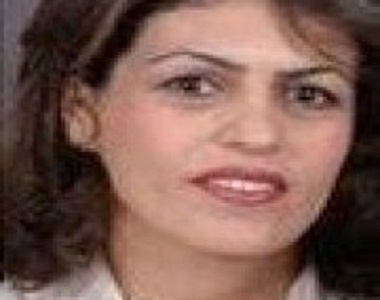 HRANA News Agency – The review court has confirmed the sentence of Susan Tabyaniyan, a Bahai from Semnan who was arrested on May 31, 2014.

According to the report of Human Rights Activists News Agency (HRANA), she was sentenced to one year in prison and the confiscation of all possessions connected to the Bahai Faith by Judge Amiri, sitting in Bench 1 of the Revolutionary Court in Semnan.

Susan Tabyaniyan, a Bahai from Semnan who was arrested on May 31, 2014, has been sentenced to one year in prison. Her trial took place on August 7. After her arrest she was held for 45 days before being released on bail.

Mrs. Tabyaniyan had a shop in Semnan until her arrest in April, 2009. In May 2010 she was sentenced to 18 months in prison on charges of propaganda against the regime and membership of a Bahai organisation. After serving almost 14 months in Evin prison (some of them in the methadone user’s wing), she was one of the prisoners granted clemency to mark Eid al-Fitr, on August 27, 2011. She was rearrested on May 31, 2014, and released on bail 6 weeks later.