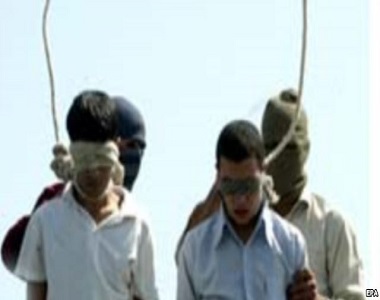 HRANA News Agency – During last week, two prisoners in Diesel Ababd and one in central prison of Kerman were executed by hanging.

According to the report of Human Rights Activists News Agency (HRANA), two prisoners who were charged with murdering were hanged in prison, on Monday August 11 at dawn.

Those prisoners were Hamid Arsalani and Sadegh Ahmadi and had been sentenced to death on charge of murder.

Besides, another prisoner who was charged with murder was hanged in central prison of Kerman, on Sunday, August 10.

Official Iranian media did not publicize these executions.