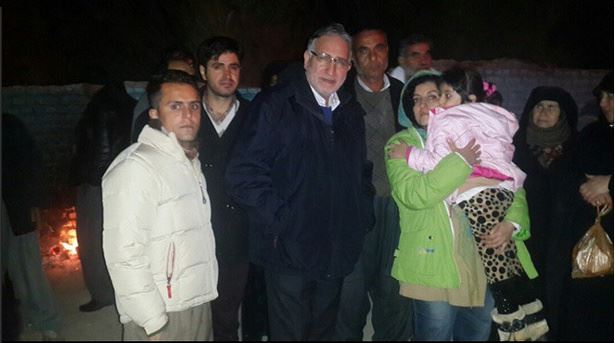 HRANA News Agency – The families of 6 death row Sunni prisoners have gathered in front of Rajai Shahr Prison. At the same time the doors of all halls are locked and special forces are placed in the main corridor of prison.

According to the report of Human Rights Activists News Agency (HRANA), the authorities of Rajai Shahr Prison in Karaj have locked the doors of all halls and placed special forces in the main corridor of prison after transferring Hamed Ahmadi, Kamal Molai, Jamshid Dehghani, Jahangir Dehghani, Sedigh Mohammadi and Seyed Hadi Hosseini to solitary confinements.

“The doors are locked and special forces are placed in all 3 floors.” Said a prisoner of Rajai Shahr Prison

“Mardani, the chief of prison and Amirian, the manager of prison’s internal affairs are also in the prison.” He said

The families of these prisoners have been called to have the last visit with their beloved ones, however some of them could not arrive in Karaj on time though they live in Kurdistan province.

Some human rights activists including Mrs. Narges Mohammadi and Mr. Mohammad Nourizad have also joined the families of prisoners in front of prison.