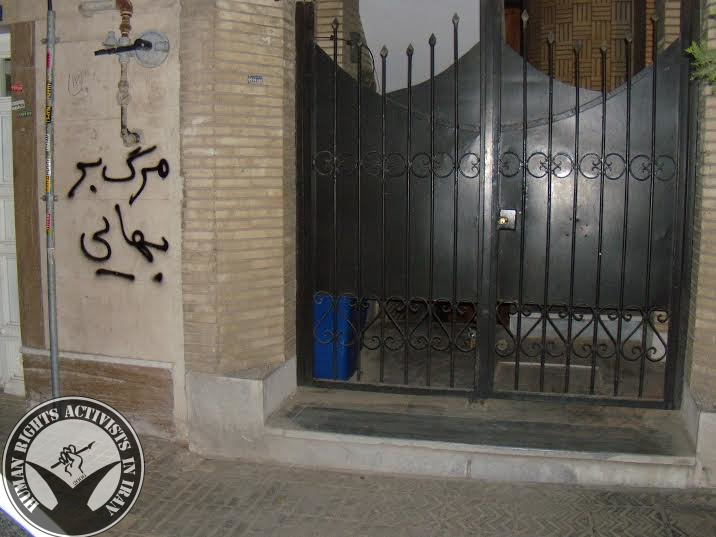 HRANA News Agency – On the night of July 25-26, a Bahai home in the Shahrak-e Gharb district in North-west Tehran was defaced with the usual unimaginative slogan: “Death to Baha’i.”

According to the report of Human Rights Activists News Agency (HRANA), the house on Sazman Barnameh Avenue, in a modern and prosperous neighbourhood near Eram Park, has been occupied by the Aqdasi family for many years.

This is the first time that they have faced such threats there, although graffiti, threatening letters, the vandalism of cars and arson attacks are common enough for the Bahais across Iran.