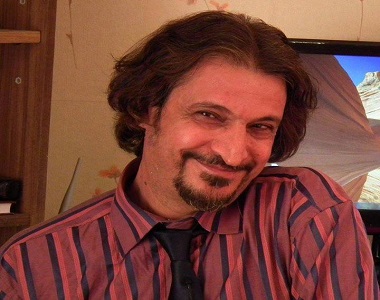 HRANA News Agency – Branch 26 of the Revolutionary Court sentenced Heshmatullah Tabarzadi, political activist, to six years imprisonment for “gathering and colluding” and “propaganda against the regime”. The sentence was sent of Mr. Tabarzadi’s lawyer.

According to the report of Human Rights Activists News Agency in Iran (HRANA), Branch 26 of the Revolutionary Court, chaired by Judge Ahmadzadeh, sentenced Heshmatullah Tabarzadi, political activist to six years imprisonment. In the case of the application of Article 134 (aggregation of sentences), the sentence is valid for a period of 5 years.

Mohammad Moghimi, defense lawyer of Mr. Tabarzadi, announced this news and explained: “My client was sentenced to five years imprisonment for “gathering and colluding” and one year imprisonment for “propaganda against the regime” in Tehran’s Revolutionary Court and it was announced to me.”

The court hearing was held at Branch 26 of Tehran’s Revolutionary Court under the chairmanship of Judge Ahmadzadeh, on Wednesday, August 31, 2016.

The allegations in the indictment of this political activist include “collusion against national security and propaganda against the regime, based on statements, interviews, human rights campaign, free-voting campaign, livelihood campaign and solidarity for democracy and human rights”, which were Mr. Tabarzadi’s activities and was read to him.

It should be recalled that Heshmatullah Tabarzadi was arrested on the street and transferred to Evin Prison on the morning of May 17, 2016. Mr. Tabarzadi participated in the interrogation session, one day after his arrest, at Branch 2 of the Shahid Moghaddam Public Prosecutor’s Office in Evin Prison for 2 hours. He was finally released on July 13 of the same year with a bail of 2 billion IRR.

It should be noted that this political activist was released from Rajai Shahr prison in Karaj, on June 30, 2015, after serving about five and a half years of imprisonment by applying Article 134 and aggregating the allegations.

Hashmatullah Tabarzadi, secretary of the Democratic Front of Iran, has been detained for several times and has been more than 10 years in jail; he was arrested at noon on December 28, 2009, and was sentenced to 9 years imprisonment.