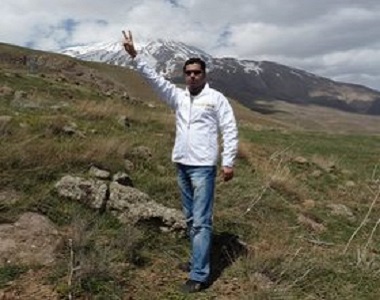 HRANA News Agency – Following the recent arrests of political activists, Hosein Kiani one of the Green activists of Amol has been arrested.

According to a report by Kalameh website, he has been arrested yesterday after being called to the intelligence of Amol.

His family has got no answer of their reference to the office of the prosecuting attorney of Amol, Fouladi Savadkuhi.

He is believed to be arrested because of his activities in Facebook and then being transferred to the Kachuyi detention of Sari which belongs to the intelligence of the Mazandaran province.

The intelligence of the Mazandaran province has called some of the reformist activists of Babol, Sari, Amol and Behshahr and threatened them not to do anything about the presidency elections which is in about 2 months.