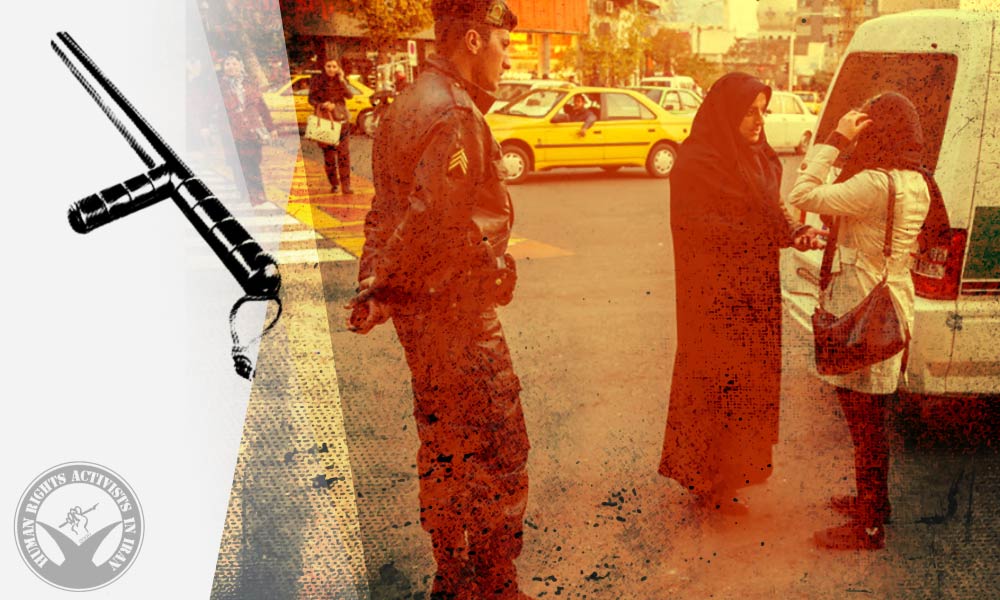 In recent days, Iran’s law enforcement has intensified the harassment of women in public for failing to observe the Islamic veiling rules, known as Hijab. The chief of police of Kermanshah Province announced that since the beginning of spring, police have taken into custody or summoned 1700 people due to their failure to observe compulsory veiling. Also, 230 vehicles have been impounded for “roaming in the city in a vehicle”.

According to HRANA, the news agency of Human Rights Activists, quoting Tabnak, Kermanshah’s Police Chief Ali Akbar Javidan revealed the temporary detention of 1700 women on the streets for the failure to observe veiling codes since the beginning of spring.

Claiming that the Iranian people demand that women must cover their hair, Javidan said that  26 morality checkpoints are working visibly and six are undercover to impose the rules in Kermanshah.

According to Kermanshah’s police chief, since the beginning of spring, security forces have stopped individuals numerous times to warn them about the veiling and morality codes, 1700 individuals were taken into custody and 230 vehicles have been impounded for driving around the city. Javidan also stated that these rules for recreational, tourist and commercial places are also enforced. Dog walking is forbidden in Kermanshah, Javidan warned that if ceased, the dogs will be taken to animal shelters and if repeated, dog walkers will face legal penalties.