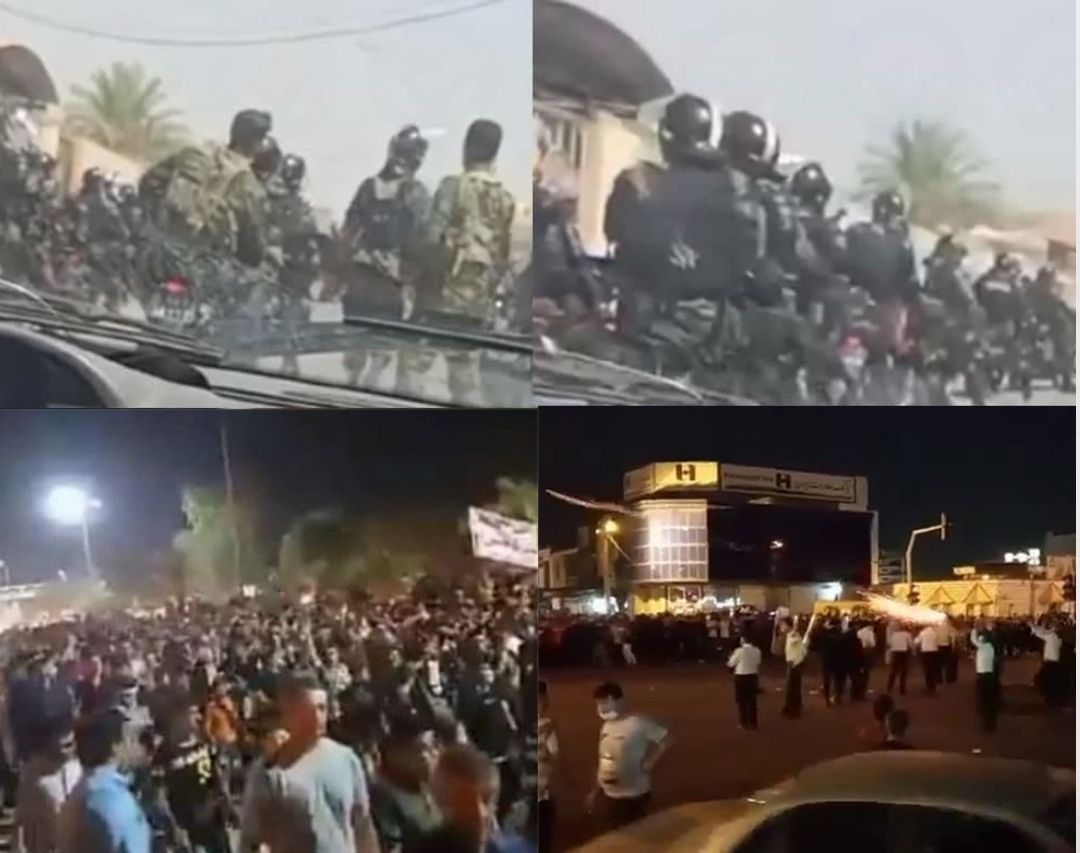 The Islamic Republic of Iran Broadcasting (IRIB) confirmed that a citizen was killed during last night’s protests in Izeh, Khuzestan.

According to HRANA, the news agency of Human Rights Actiists, the IRIB report did not specify the identity of the killed citizen. However, it described his death as a result of a “suspicious” shooting—notably vague phrasing, considering that the overwhelming majority of gunfire throughout the protests has come from government forces.

Widespread protest rallies in Khuzestan started Thursday, July 15, in response to the negligence of officials that led to frequent cuts of drinking water and the drying of Karun River.

The demonstrations against the water cuts and lack of proper resource management continued yesterday into their sixth day. Rallies were held in Susangard, Behbahan, Abadan, Izeh, Ahvaz, Khorramshahr and Shadegan.

Hassan Nabovati, acting governor of Izeh, stated that one police officer was killed and another injured during the protests in Mahshahr last night.

As released videos show, the protests in Izeh were disrupted by violence from military forces. There were reports of military officers spraying tear gas and opening fire at protesters.