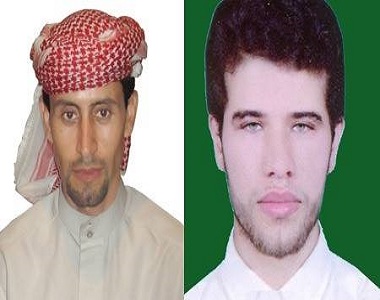 HRANA News Agency – Since December, 7th, there has been no news about the situation of Hashem Shabani and Hadi Rashidi, two prisoners who have been sentenced to death.

According to the report of Human Rights Activists News Agency (HRANA), Hashem Shabani, Hadi Rashidi, two cultural activists in the city of Ramshir / Khouzestan, whose death sentences were upheld by Branch 32 of the Supreme Court, transferred to an unknown place by the intelligence office of Ahwaz. Their families and lawyers have not been informed about this transfer and their situations since then.

One of the defense lawyers in the case said: “A few days ago, I asked the director of Karoon prison about the situation of my client and rumors about executing his death sentence. However, the director of the prison denied these rumors.”

The lawyer added that the director told him Karoon prison has not taken any action regarding the execution.

The lawyer also said “I and families have pursued this case through other legal channels in the justice system. In addition, these two individuals have demanded the restoration of justice, and this is still an open action. We have not yet received any positive or negative news about this case.”

The defense lawyer for these Arab cultural activists said: “There are many rumors, including some rumors about the amnesty for three other activists involved in this case. However, as an attorney I can’t confirm or deny this information because I don’t have access to this kind of administrative information. The authorities in judiciary system are obliged to inform us in this regard, however we have not received any information, yet. The same is valid for three other individuals involved in this case; we have not yet received any confirmed information about their amnesty news. However, there are some efforts to consider some sort of pardon-discounts for them.”

Regarding the  cause of transfer by intelligence agents, Sayed Jafar Mousavi, Hashem Shabani’s and Hadi Rashidi’s lawyer, stated “it is a common procedure for judicial authorities to transfer the prisoners to interrogation chambers (after receiving special authorization from the case prosecutor) to answer some questions and clarify unknown aspects of the case or other ongoing cases.”

In view of recent execution of four Arab activities and lack of communication from judicial authorities, the families and lawyers of Hashem Shabani and Hadi Rashidi are becoming increasingly worries about the situation of Hashem Shabani and Hadi Rashidi. The lawyer of this case adds, “Certainly there is concern that the death sentences may have been executed because the verdicts have been approved by the Supreme Court and can be legally executed by the prosecutor.”

Regarding the transfer of Hashem Shabani and Hadi Rashidi, three Europe parliamentarians “Jane Lambert”, “Mary Honeybull” and “Dr. Charles Tenok” have urged the EU High Representative for Europe and the European Union foreign policy chief – Ms. Catherine Ashton – to clarify the situation of these two cultural activists. On December 9, 2013, Amnesty International has warned about the risk of executing these Arab activists.

It is worth noting that rumors about the death of Hashim Shabaninejad and Hadi Rashidi – two Arab cultural activists of Khalifeh minority – have been observed in the social networks such as Facebook.