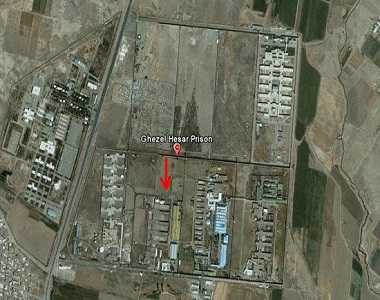 HRANA News Agency – The revolutionary court rejected a request made by a human right activist lawyer, who wanted to take the advocacy of six Sunni prisoners.

According to the report of Human Rights Activists News Agency (HRANA), one of the human right activist lawyers who wanted to undertake the advocacy of six Sunni prisoners of Ghezelhesar prison, confronted with refusal after going to branch number 28 of revolutionary court, preside by judge Mogheysehei.

The lawyer, who asked to remain unknown, went to the court by the request of the families of prisoners.

He said to HRANA’s reporter: “The judge did not allow any appointed lawyer to review the case, just by the excuse of security and confidential reasons. Even though, there is no corporation with selective lawyers of these prisoners and their families. The request of the prisoners is just to have appointed attorneys in an open trial. Apparently, the prisoner’s reason for hunger strike is their unfair and without the principles of justice trial and a fair trial could end their hunger strike.”

Hamed Ahmadi, Kamal Moulayi, Jamshid Dehghani and Jahangir Dehghani are in hunger strike from Monday, November 4, in response to deliberate violence to Separation of the crime act and the their death sentences.