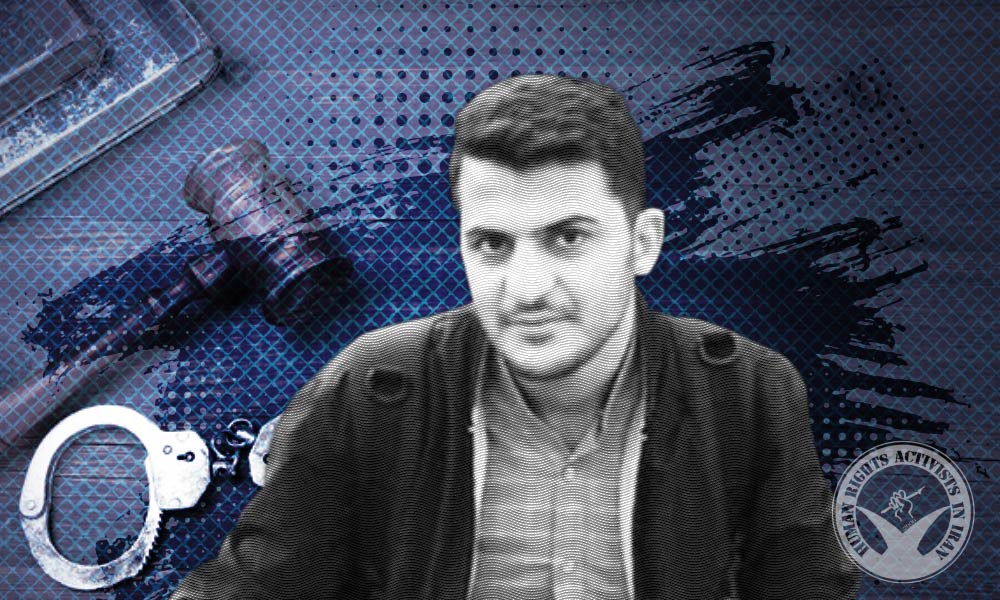 Recently, Branch 2 of the Revolutionary Court of Shahriar sentenced former political prisoner Milad Arsanjani, who is currently detained in the Greater Tehran Central Penitentiary to 15 months in prison.

According to HRANA, the news agency of Human Rights Activists, Milad Arsanjani was sentenced to nine months imprisonment on the charge of “offensive statements against the Supreme Leader of Iran” and six months on the charge of “propaganda against the regime”. If  Article 134 of the Islamic Penal Code is applied, nine months is the maximum punishment enforceable for Arsanjani.

On November 3, 2021, Arsanjani was arrested by security forces and on November 29, he was transferred to the Greater Tehran Central Penitentiary where he has been held since.

An informed source told HRANA that since the arrest, Arsanjani’s family has been under constant pressure by security agents to not disclose any information about his condition.

Milad Arsanjani had already faced another arrest for his civil activities. During the nationwide protests in 2019, he was arrested at his house in Shahriar City. Subsequently, Tehran’s Revolutionary Court sentenced him to two years imprisonment on the charge of “offensive statements against the Supreme Leader” and to five years imprisonment for the charge of “assembly and collusion”. During his trial, housing a person who was injured during the November 2019 protests was also used against him. On August 7, 2021, he was released from the Greater Tehran Central Penitentiary.