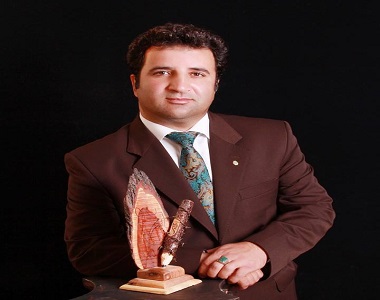 HRANA News Agency – Mohammad Najafi, a lawyer and human rights activist was acquitted of the allegation of “7 disciplinary violations” at branch number 3 of law enforcement court of Markazi province. This was one of the three cases that the lawyer is prosecuted on the basis of them.
According to the report of Human Rights Activists News Agency (HRANA), on May 20, 2016, branch number 3 of law enforcement court of Markazi province issued the acquittal of Mohammad Najafi for allegation of “7 disciplinary violations”.
The active lawyer in the field of human rights, wrote about it: “by the efforts of my lawyers Mrs. Nasrin Sotoudeh and Mr. Arash Keikhosravi and Payam Derafshan my acquittal was issued by branch number 3 of law enforcement court of Markazi province. Of course, this is not the final decision, and is objectionable in the next ten days.”
HRANA had previously reported that the hearing of Mohammad Najafi had been held at branch number 3 of law enforcement court of Markazi province for allegation of “7 disciplinary violations” headed by two judges, Mr. Shirazi and Mr. Ghashghayi and by the presence of lawyers Mrs. Nasrin Sotoodeh, Ms. Najma Rahmani, Mr. Arash Kaikhosrovy and Mr. Payam Derakhshan on May 8, 2016.
It is worth noting, the prosecutor of Bar Association of Markazi province (Arak), citing unidentified complaint of a citizen, had prosecuted Mr. Mohammad Najafi on a series of politically motivated charges.
Part of Mr. Najafi’s charges have been announced as; “Participating in Nasrin Sotoudeh’s illegal sit in”, “Advocacy of Nasrin Sotoudeh and Nourizad” and “Blogging and posting critical contents on Facebook”.
Nasrin Sotoudeh, one of the lawyers of Mr. Najafi, in this regard said to HRANA’s reporter; “Lawyers Disciplinary Court cannot prosecute a lawyer in order to spur for political and security charges, and can only involve into these matters when a competent court had already issued a decision on such charges and the lawyer had been convicted.”
It is worth noting that the initial complainant has introduced themselves as “individual members of the society” and has signed as “signature reserved”, and claimed that Mohammad Najafi provides youth aberration by his activities which “make the enemy happy.”
Mr. Najafi is prosecuted on two other cases at branch 102 of the Criminal Court number 2 of Shazand on charges of “disturbing public opinion by writing critical poetry and prose in blogs and Facebook,” and also regarding to charges of disturbing public opinion and spreading lies during a speech and is free on two separate bails.
Shazand city belongs to the Markazi province. The center of this city is Shahzand, which is located 33 kilometers southwest of Arak.