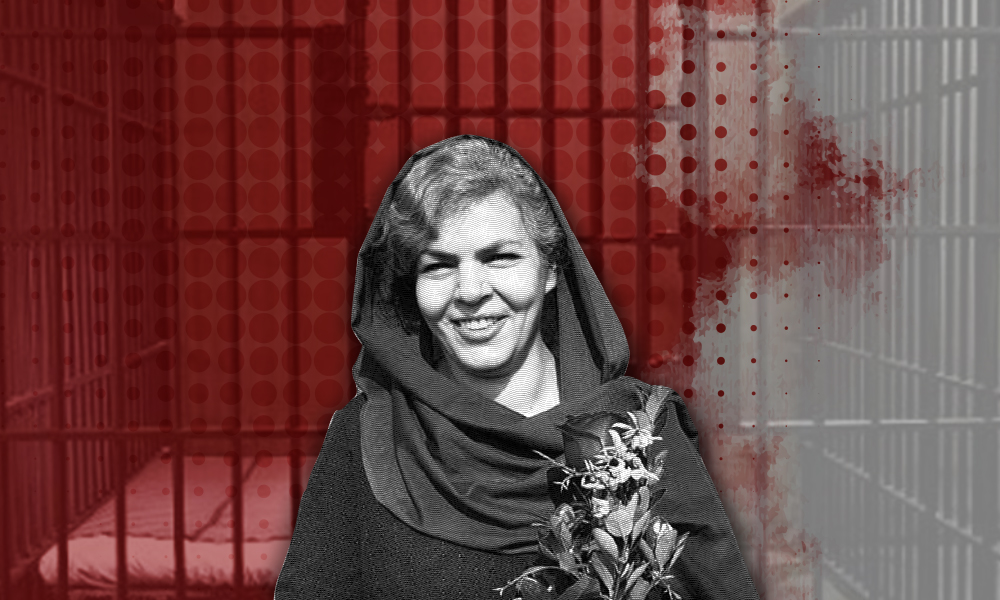 On Monday, October 4, civil activist Monireh Arabshahi was forcefully transferred from the hospital back Kachooye Prison in Karaj by judge order, despite not having completed her treatment.

According to HRANA, the news agency of Human Rights Activists, Ms. Arabshahi had been on medical leave since August 4.

Ms. Arabshahi’s medical issues have been ongoing. On May 3, 2020, Arabshahi was granted leave on bail for 500 million tomans to receive surgery to remove her thyroid gland, after which she was sent back to prison.

Yasamin Ariaani, Arabshahi’s daughter and an outspoken opponent of the compulsory hijab in Iran, who had been released after serving out her sentence on February 14, 2019, was arrested again on April 10, 2019 on new charges.

One day after the arrest of her daughter, Mrs. Arabshahi was also arrested and both were relocated to Gharchak Prison. Subsequently,  both were sent to Evin Prison and finally they end up in Kachooye Prison in Karaj.

Branch 28 of the revolutionary court has convicted this mother and daughter to a total of 16 years in prison, which were later reduced to a total of 9 years and 7 months. They were charged with “assembly and collusion against national security”, “propaganda against the regime”,  and “provoking and provision of impurity and indecency”.