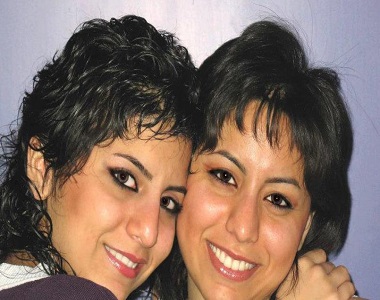 According to a report by Human Rights Activists News Agency (HRANA), Nika and Nava Kholoosi are two young Baha’i sisters who were behind bars for six months and released in March 2013 after posting bail.  While waiting for their verdicts, they rented a booth at Mashhad International Exhibition Center to participate in the annual plant and flower exhibition which starts on May 15 and runs until May 19, 2013.

However, on the first night of the exhibition, the electricity to their booth was cut off, and they were told by the management that their hijab was not appropriate.  After following up further, it became apparent that a verbal order to cut off their electricity had been issued by the Intelligence Agency, but there were no written warrants issued.

Two Baha’i sisters were later told to leave the exhibition, but they refused to comply.  Meanwhile, because their booth had no electricity until the last day of the exhibition, they had to use whatever light available from other booths and also candles to continue their work. At the end of the exhibition, Nika and Nava asked the management for a refund since the terms of the agreement were not met and were given half of their money back.