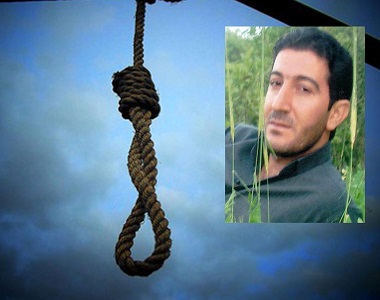 Hossein Nazhavi, Sirvan Nazhavi’s brother, after announcing this news in an interview with HRANA’s reporter said that during a contact by the prison authorities they had been asked to collect his brother’s body from Tabriz prison, on Sunday afternoon 8th August.

According to Hossein Nazhavi, Sirvan Nazhavi’s case had a stop order of execution and judicial authorities have not had any contact with them, and also they had not been called for the last visit.

Shamsnezhad, Ali Ahmad Soleiman’s lawyer, denied the possibility of the execution of his client, and said Ali Ahmad Soleiman was sentenced to retaliation, but that was canceled with the consent of the complainants, although I had no contact with him for two or three days, but maybe he has been transferred to another location and hypotheses of execution is cancelled.

Sirvan Nazhavi was arrested in the city of Karaj on 5th July 2011, and was sentenced to death on charged of “Waging war on God through membership in PJAK”. This verdict was issued by Branch 1 of the Revolutionary Court in Mahabad, presided by Judge Javadikia, on 11th April 2012. This political prisoner was sentenced to death while he had no appointed lawyer, and his death sentence was finalized and confirmed by Branch 31 of the Supreme Court and communicated to his lawyer.

Ali Ahmad Soleiman is also a citizen of Iraq who has been alleged with connection with PJAK and murder of two members of the Iranian Revolutionary Guards, and was sentenced to imprisonment and Retaliation.

Previously in February 2015, Sirvan Nazhavi along with Ebrahim Eisapoor, Saman Nasim, Ali afshari, Habibulah Afshari, and Younes Aghayan were transferred to an unknown location. Ali and Habibullah Afshari were executed, Saman Nasim and Younes Aghayan after a while, had a contact from Zanjan prison, Ebrahim Eisapoor and Sirvan Nazhavi were transferred to Tabriz prison.