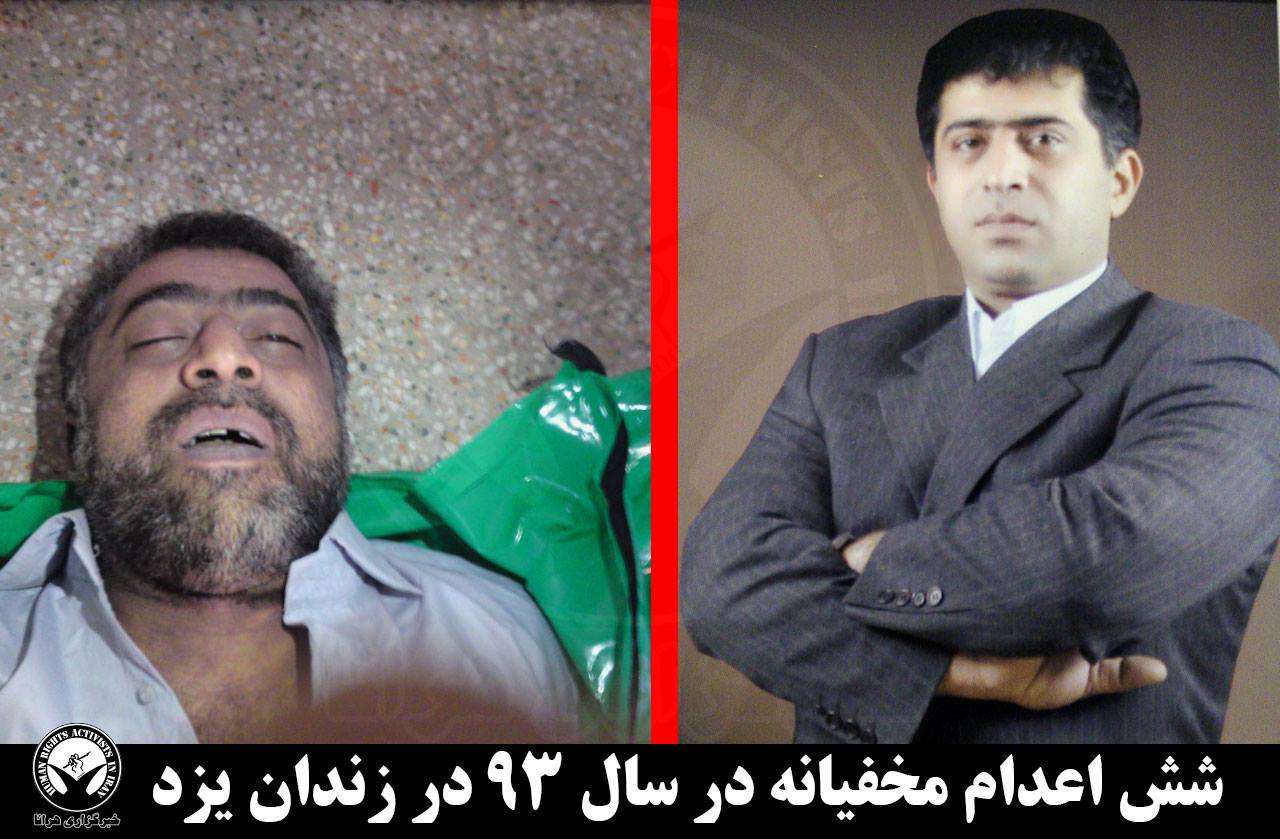 HRANA News Agency – Six prisoners were executed secretly in Yazd prison without a permission for a last meeting with their families on June 23, 2014. Iranian judiciary officials never informed in detail about the executions.

According to the report of Human Rights Activists News Agency in Iran (HRANA), on June 23, 2014 six prisoners were executed in Yazd prison. The prisoners were all from the province of Sistan and Baluchestan.

Hamidreza Mir, born in 1970 and “Kh.r” both from Zahedan, along with four other prisoners from the province on charges of drug crimes were hanged secretly.

A relative of Hamidreza Mir, executed prisoner said to HRANA’s reporter: “Hamidreza was kept in prison for four years. He had three children. His little girl was born when we has already imprisoned and he had seen her only from behind of the glass in the visiting room.”

He added: “Hamidreza along with five other prisoners were executed on June 23, 2014 and the news of these executions were published nowhere. He and one of those executed were from Zahedan, and the others were from Sistan and Baluchestan province. Unfortunately, they were not allowed to meet their families before the execution. The streets leading to the prison were closed by the police on the morning of the execution and they told his family to refer to the coroner [for receiving the body] at 8 am.”

The source close to the Mir family said at the end about the charges of Hamidreza Mir: “Hamid was in a car where some crack was found, this drug was not for him and even the car was not his car. He had converted his religion and had become Sunni. His family did not know until two months after the arrest when the authorities of Yazd prison called them.”

The following are the pictures of Hamidreza Mir before the arrest and after the execution: