According to the report of Human Rights Activists News Agency in Iran (HRANA), on Saturday 7th of March, four prisoners convicted of drug-related crimes were hanged in the central prison of Zahedan. The executed Afghan citizens were identified as Seyed Alam Uzbek (26), Nasimullah Uzbek (25) and Sultan Uzbek (30 years old) and the fourth Iranian prisoner was Khaleghdaad Gomshadzehi (60 years old). END_OF_DOCUMENT_TOKEN_TO_BE_REPLACED

HRANA News Agency – An Afghani prisoner has been executed in Rajai Shahr Prison in Karaj on the unannounced charges on Tuesday March 11th.

According to the report of Human Rights Activists News Agency (HRANA), 3 prisoners of Rajai Shahr Prison in Karaj were taken to the solitaries last Monday in order to be executed along with an Afghani prisoner from Ghezel Hesar Prison. END_OF_DOCUMENT_TOKEN_TO_BE_REPLACED 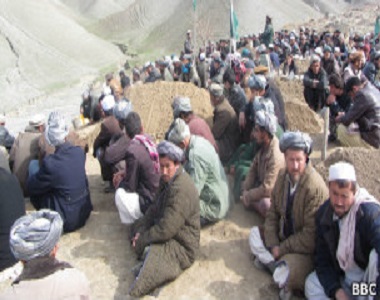 HRANA News Agency – The Afghani embassy in Tehran has published a letter announcing the execution of 12 Afghani citizens on charge of drug trafficking in Iran.

According to a report by BBC Persian, they have not pointed to the exact date of these executions but they are believed to be hanged recently.

According to this letter, 7 of the executed ones were from Herat, 3 from Takhar, 1 from Laghman and the other one was from Nimruz and have been hanged recently in the prisons of Karaj, Arak and Isfahan. END_OF_DOCUMENT_TOKEN_TO_BE_REPLACED