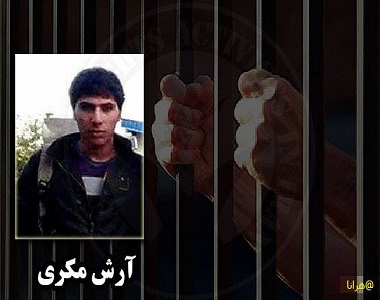 HRANA News Agency – Arash Mokri, graduate student at the University of Tabriz, who has been detained since 24th February. It is now more than two months that he has been transferred to Urmia Intelligence Service’s solitary confinement, and it is told that he has gone on hunger strike since 33 days ago, to protest against his situation.

According to the report of Human Rights Activists News Agency in Iran (HRANA), Arash Mokri, son of Saeid, graduate student at Tabriz University, was arrested at his home and was taken to an unknown location by the Revolutionary Guards Intelligence Office in Mahabad on 24th February, and his family was unaware of his whereabouts for a long time. END_OF_DOCUMENT_TOKEN_TO_BE_REPLACED