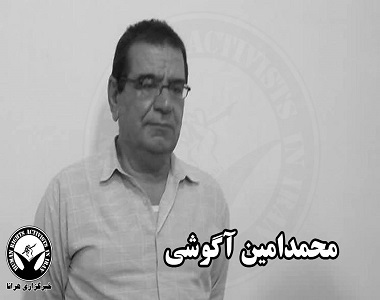 HRANA News Agency – Mohammad Amin Agoshi, security prisoner in Tabriz Central Prison, has been held in the quarantine ward of this prison, since four months ago in an undecided condition. Mr. Agoshi suffers from “shortness of breath, back pain and kidney disease”. Lack of coordination among relevant judiciary bodies is preventing the order of parole and his transfer from the temporary ward.
According to the report of Human Rights Activists News Agency in Iran (HRANA), a close source to Mohammad Amin Agoshi, after announcing this news, in an interview with HRANA’s reporter said: “Once they say that they have requested amnesty for him, once they said the parole had been accepted but the prison did not implement it. The prison said it was the court’s fault. Tabriz court blames Urmia court. Urmia court blames Tabriz court. They are playing with Mr. Agoshi.” END_OF_DOCUMENT_TOKEN_TO_BE_REPLACED 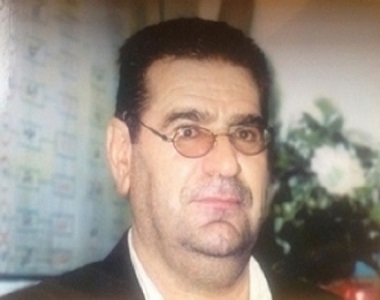 HRANA News Agency – Mohammad Amin Agoshi was informed that he should collect the body of his 22-year-old daughter, who has committed suicide, from forensic office in Piranshahr, while he was going on an unexpected leave, upon exiting the prison of Zahedan.
According to the report of Human Rights Activists News Agency in Iran (HRANA), the authorities had subjected the delivery of the body to his father’s presence, as this prisoner’s wife had died after a serious illness, so that, Mr. Agoshi was unexpectedly sent on leave, on Tuesday 30th June, and just on the exit door of the prison he was informed that his daughter has hanged herself and passed away and he needed to go to the Forensic office in Piranshahr, in West Azerbaijan province. END_OF_DOCUMENT_TOKEN_TO_BE_REPLACED

HRANA News Agency – Despite medical problems, Zahedan Military Court prosecutor objected granting furloughs to Mohammad Amin Agoshi.
According to the report of Human Rights Activists News Agency in Iran (HRANA), Mohammad Amin Agoshi, 54, retired teacher and native of Piranshahr, who supposed to be sent to leave as officials promised him that after the New Year holidays he would go to follow his medical treatments, but despite posting bail, his request was refused. END_OF_DOCUMENT_TOKEN_TO_BE_REPLACED

HRANA News Agency – Mohammad Amin Agoshi who is suffering from dental and other health problems has been deprived of medical treatment and treatment holidays. He is also banned from going out of the ward he is being kept at.

According to the report of Human Rights Activists News Agency (HRANA), Mohammad Amin Agoshi 54-year-old retired teacher from Piranshahr city is currently jailed at the Central Prison of Zahedan and although he is suffering from extreme health issues, he is deprived of medical treatment. END_OF_DOCUMENT_TOKEN_TO_BE_REPLACED