During the protests in Ardabil recently, dozens of protestors were arrested. HRANA has identified 29 individuals arrested.

Security forces also arrest many school students. According to an informed source, on October 16, over 250 school students were arrested and transferred to Ardabil Correctional Center. For the release of many students, the judicial authorities have granted 100 to 200 million tomans bails.

This source told HRANA that, last Wednesday, the local authorities forcefully took several school students to a planned pro-government rally. The students, however, resisted and chanted anti-regime slogans during the demonstration. In revenge, security forces attacked and beat many students. Many have been injured, of which two students were hospitalized.

Another source told HRANA that there are currently 200 protestors jailed in Ardabil Central Prison. One hundred fifty people have been released on bail.

According to HRANA, the news agency of Human Rights Activists, Siabi was arrested amid the protests of July of this year in Tabriz, which was held in support of the nationwide Khuzestan protests.

Branch 1 of Ardabil Revolutionary Court sentenced 75-year-old resident of Ardabil Parviz Siabi Gorjan to 16 years in prison. He received one-year imprisonment on a charge of “propaganda against the regime via interviews with anti-regime media and posts on social media”, 10 years on a charge of “forming unlawful groups as an attempt to disrupt national security”, and finally 5 years on a charge of “membership in unlawful anti-regime groups”. Grounded on Article 134 of the Islamic Penal Code, a severest punishment of 10 years is enforceable for him.

On Sunday, July 25, security forces arrested Siabi and detained him in a Ministry of Intelligence detention center in Ardabil. After 11 days, he was transferred to Ardabil Central Prison. On August 29, he was released on bail of 250 million tomans from Ardabil Prison.

Siabi had been arrested before for his civil activities. On September 29, 2020, security forces arrested him along with 7 other Azerbaijani Turk activists in an assembly in a park in Ardabil. On October 29 of that year, he was released on bail from Ardabil Central prison. In regards to this arrest, he was summoned to appear at Branch 10 of the Public and Revolutionary Court of Ardabil.

On Tuesday, October 5, Azerbaijani Turk activist Ali Vaseghi was released on bail for a one week leave from Ardabil Prison.

According to HRANA, the news agency of Human Rights Activists, Vaseghi was granted the leave on a bail of 50 million tomans.

On June 10, 2020, Ali Vaseghi and his brother Reza Vaseghi were arrested violently at their workplace and kept in detention until June 17 when they were released on bail. Intelligence forces inspected their business location on the  day after the arrest and confiscated their personal computers and some other belongings.

Branch 1 of the Revolutionary Court in Ardabil sentenced Reza and Ali to 2 and 3 years imprisonment respectively. Images that were published on Telegram of the injuries on the activists’ bodies from beatings by intelligence forces, along with slogans such as “long live those who fight for freedom”, were invoked in the trial.

Ultimately, this sentence for Ali Vaseghi was reduced to two years on appeal.

On June 13, along with six other Azerbaijani Turk activists, Ali Vaseghi went on a hunger strike in protest against the housing of political prisoners and prisoners of violent crimes in the same prison wards. They ended their hunger strike after prison officials promised to address their demands. 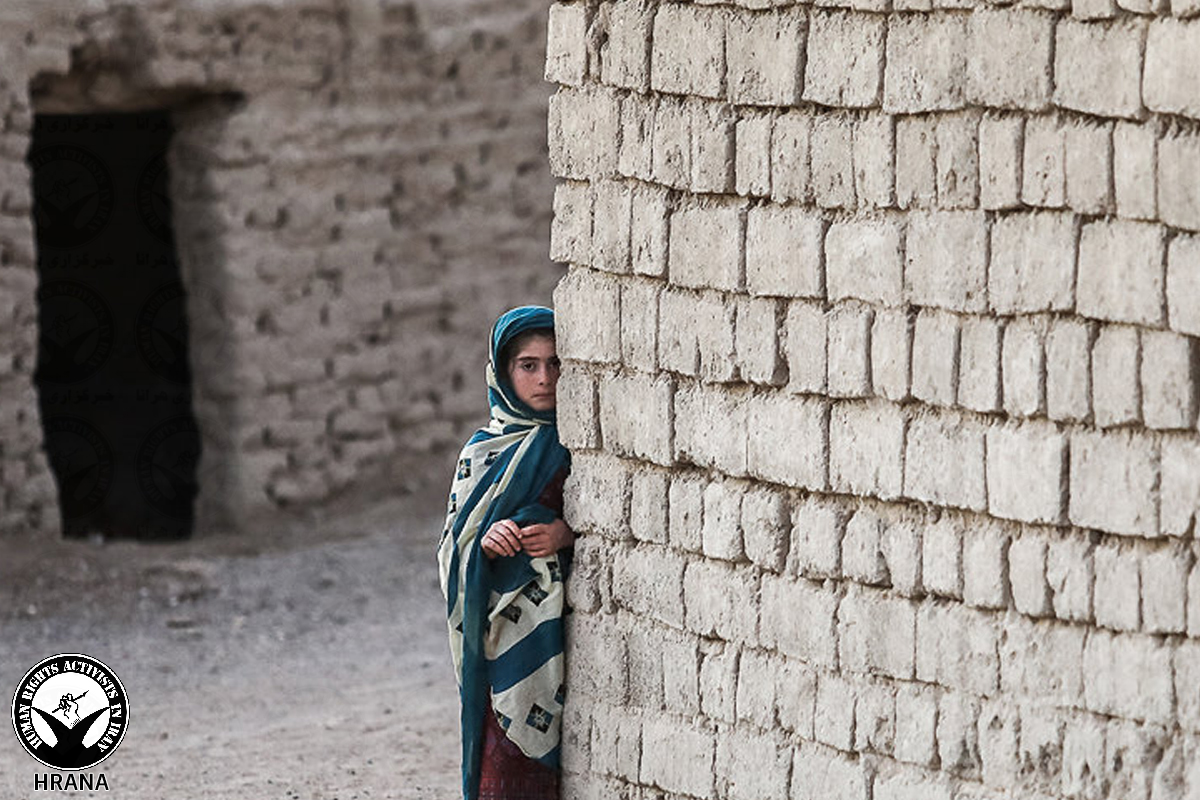 Human Rights Activists News Agency (HRANA) – Three Baluchi political prisoners exiled to the northwestern city of Ardabil wrote an open letter in critique of the Iranian authorities and to raise public awareness about the plight of their people.
From Ward 7 of Ardabil Central Prison, Mohammad Saber Malek Raisi, Shirahmad Shirani, and Noor Ahmad Hassanzehi wrote of dysfunctions plaguing the infrastructure of the Sistan and Baluchestan province, and of government inaction against the severe desiccation of Hamoun Lake.
Their letter concludes with a poem entitled “Friendship Is Our Long-Lasting Treasure,” which celebrates the unity among the different ethnicities of the Sistan and Baluchestan province.
Their letter is below, translated into English by HRANA:
Greetings, our dear Sistani peoples, especially those around Hirmand and Hamoun,
As exiled Baluchi political prisoners, we regard it as our duty to declare solidarity and express support to you, noble and kind fellows, through these troubles of our day. From the bottom of our hearts, we wish the best to you and to all the peoples of our province. We wish you emancipation from dictatorship.
How inconceivable it is to live this way! With border regions barren of water, electricity, gas, housing, employment, and of basic amenities like schools, roads, heating and cooling, toilets, and now, of the natural right to breathe; what is left to do but to survive, but to suffer? And for how long?
Clean air is the unconditional and vital right of all living beings. Despite this, some — who pursue personal and organizational profiteering, are guilty of mismanagement or carelessness, or persist in the mass theft of subterranean marine resources — have blighted this ancient erudite land with chaos and suffering. This birthplace of brave souls like Rostam, Sohrab, and Yaqub Leith; this place of Iranian linguistic and social renaissance.
How can we bear to see Sistan, the fertile crescent of ancient Iran, abandoned to a fate steered by those who caused this chaos, i.e. the regime and its agents?
The carelessness and profiteering of the regime’s authorities must cease its exploitation of the immense natural, cultural, and ethnic wealth of Sistan and Baluchestan, by ceasing the stripping of its precious gold and ore mines and the closing of its borders, the sole gateways to hope for the regions’ people in this era of poverty and destitution. Their job is not to gamble Sistani lives. You are the authorities! It’s your duty to heal the disorder you’ve caused.
What have you done all these years to restore Hamoun Lake and its wetlands? What have you done besides spend billions of rials on a border wall, fence, moats, towers, watchtowers, and other border controls? How much have you spent on the welfare of this region’s people? How much on the restoration of Hamoun Lake and wetlands, equal parts a cause and excuse for our insecurity? How will you restore hope and comfort to these poor and wronged Sistani farmers and fishermen? With lies, with promises?
You, our fellow Sistanis, people of our province, should know that we, the Baluchi people, irrespective of the regime and its schemes, will stand up to any abuse that violates your rights. We will condemn it. We will put our lives on the line for you.
Mohammad Saber Malek Raisi, Shirahmad Shirani, Noor Ahmad Hassanzehi
Exiled Baluchi political prisoners,
Ward 7 of Ardabil Central prison
August 30, 2018 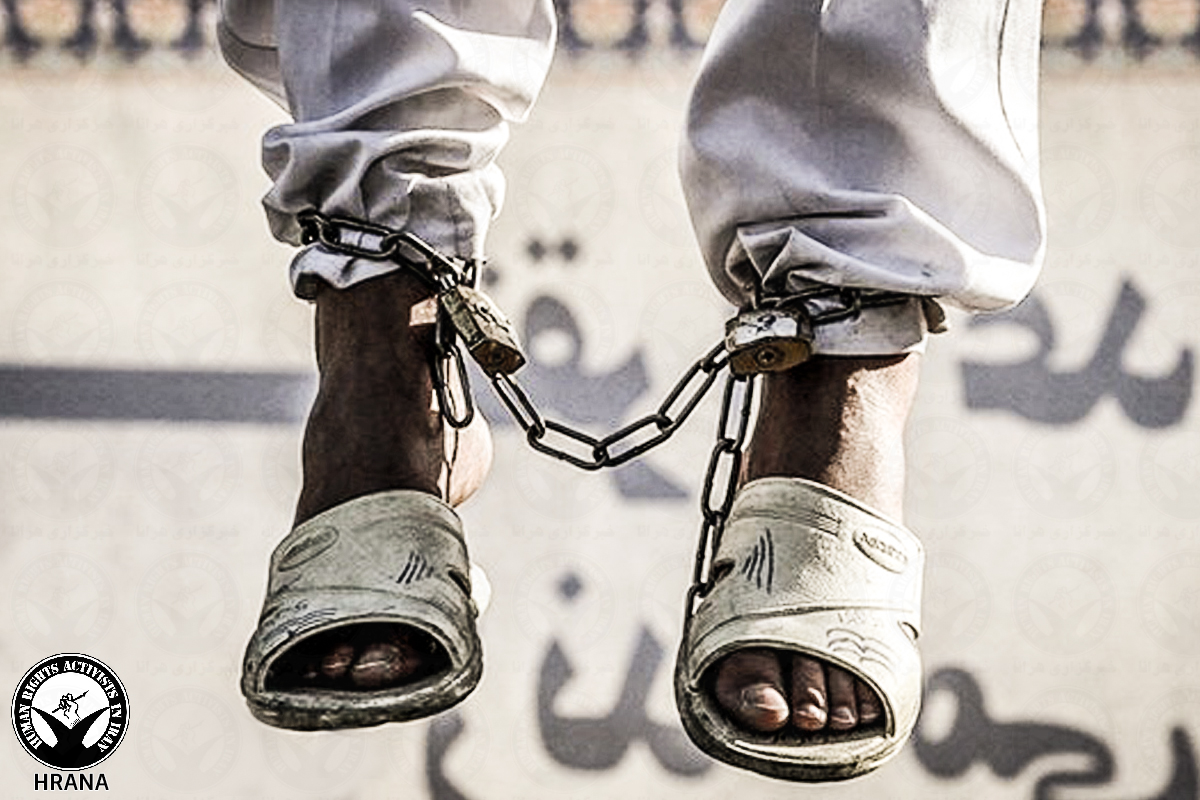