According to the report of Human Rights Activists News Agency (HRANA), Sina Hasani, Ata Karimi were released on bail today, Wednesday 15 June, and Gholam Gholizdeh and Ali Azizi were released on Thursday, 11 June on bail. END_OF_DOCUMENT_TOKEN_TO_BE_REPLACED 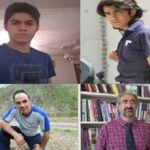 According to the report of Human Rights Activists News Agency (HRANA), Sina Hasani and Ata Karimi have been released on Monday June 15, and Ali Azizi and Gholam Gholizadeh were released on Thursday June 11. END_OF_DOCUMENT_TOKEN_TO_BE_REPLACED 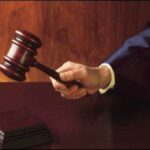 According to Human Rights Activists News Agency (HRANA), the trial of protestors against the situation of Uremia Lake was held in branch number one of the revolutionary court with chief judge Chabok, on Tuesday, December 16. Their allegation is announced as collusion against the national security and propaganda against the regime. END_OF_DOCUMENT_TOKEN_TO_BE_REPLACED