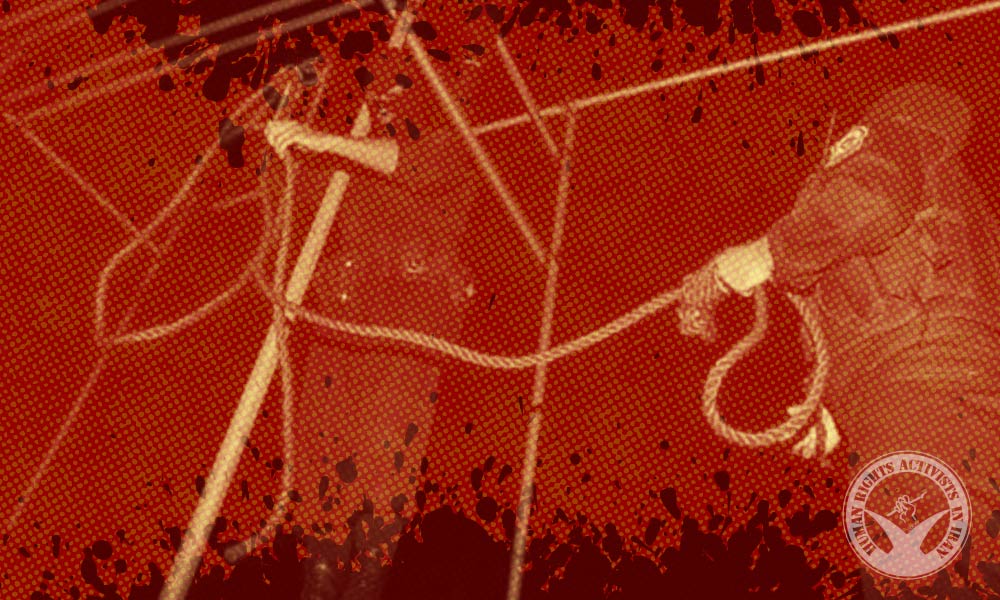 On February 2nd, an inmate convicted for murder was executed in Adel-Abad Prison in Shiraz City.

According to HRANA, the news agency of Human Rights Activists, on Wednesday morning, an inmate currently unidentified was executed. He was sentenced to death five years ago for committing murder and had been in jail since then.

According to an informed source, the inmate could not afford to pay “blood money” to the victim’s family in order to exact satisfaction. Because of this, he was ultimately executed.

Following the execution of an inmate who has been convicted for murder in Dehdasht Prison, a fierce quarrel broke out between the families of the victim and the executed inmate. A 16 year old boy was killed in the fight.

According to HRANA, the news agency of Human Rights Activists, an inmate identified as Khodadadi in Dehdasht was executed. The young man killed in the fight was Shahrokh Khodadadi.

Two years ago, Khodadadi was arrested accused of killing a man by the name of Saleh Afzoon. Subsequently, he was sentenced to death by judicial authorities.

After the execution and funeral, a fight broke out between the two families. Shahrokh Khodadadi was killed from a shot to the head and several others were injured.

As experts stress, capital punishment perpetuates the cycle of violence. This is particularly pertinent when the criminal law, derived from Islamic Sharia Law, considers the execution as vengeance which is decided by the blood avengers (usually one of the victim’s family members).

In Khorramabad Prison, an inmate on death row after being convicted for murder has been held for 27 years.

According to HRANA, the news agency of Human Rights Activists, quoting Etemad Newspaper, the inmate, identified as A. Mousavi, has been waiting at the crossroads of forgiveness and execution.

The following is from Mousavi himself: “I told the blood avenger (a member of the victim’s family) that I do not have any money to pay as a blood price, so I came here to let them hang me. [The family member] told me that he doesn’t want an execution; he needs money.”

Mousavi explains that the murder came from a conflict with a colleague: “In a quarrel about money, one of our business partners was killed. Four of us were sentenced to ten years and death and I was the second-row defendant in this criminal case.”

“15 years ago, the other three convicted inmates were freed by paying the blood money and appeasing the victim’s family. One paid 36 million [tomans] (8,568 USD), the other 4 million (952 USD) and the third one with 11 million tomans (2,618 USD). I did not have anyone to try to appease the family on my behalf. In 2016, they let me go to the door of the victims family to try. They asked me for 70 million (16,660 USD). Since I did not have any money, I stayed in prison. Last year, I asked again and this time they asked for 800 million (190,400 USD). The head of the prison could convince them to accept half of this amount. But I am still short of that amount. The price goes up every year with inflation… I am poor as a church mouse. I have nothing to pay and my execution is still on schedule. I told the blood avenger that I do not have any money to pay as a blood price, so let them hang me. He told me that he doesn’t want execution, he needs money. But I am exhausted. I can’t take this jail anymore,” he added.