On Tuesday, May 31, 2022, two inmates who were convicted of drug-related crimes and murder were executed in Damghan Prison and the Central Prison of Karaj.

According to HRANA, the news agency of Human Rights Activists, quoting the Baloch Activists Campaign, on Tuesday, May 31, 2022, an inmate identified as Allah-Nazar Esmail-Zehi, age 33, a resident of Zahedan, was executed.

His execution has not been reported by official sources and media outlets inside Iran so far.

Rokna News also reports the execution of a 25-year-old man in the Central Prison of Karaj on Tuesday. 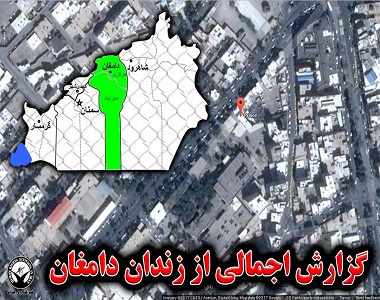 HRANA News Agency – Damghan prison with an area of 250 square meters and about 130 prisoners, is one of the smallest prisons in the country and it has rarely been talked about it. The following report considers the situation in this prison and gives the identities of three prisoners on death row, including a juvenile offender (who was under 18 at the time of the crime).
According to the report of Human Rights Activists News Agency in Iran (HRANA), Damghan prison is located in Imam Khomeini Boulevard in this city, and contains a small two-flat building with area of 250 square meters including 60 meters for walking. The building is 50 years old and is the old police building of the city. END_OF_DOCUMENT_TOKEN_TO_BE_REPLACED