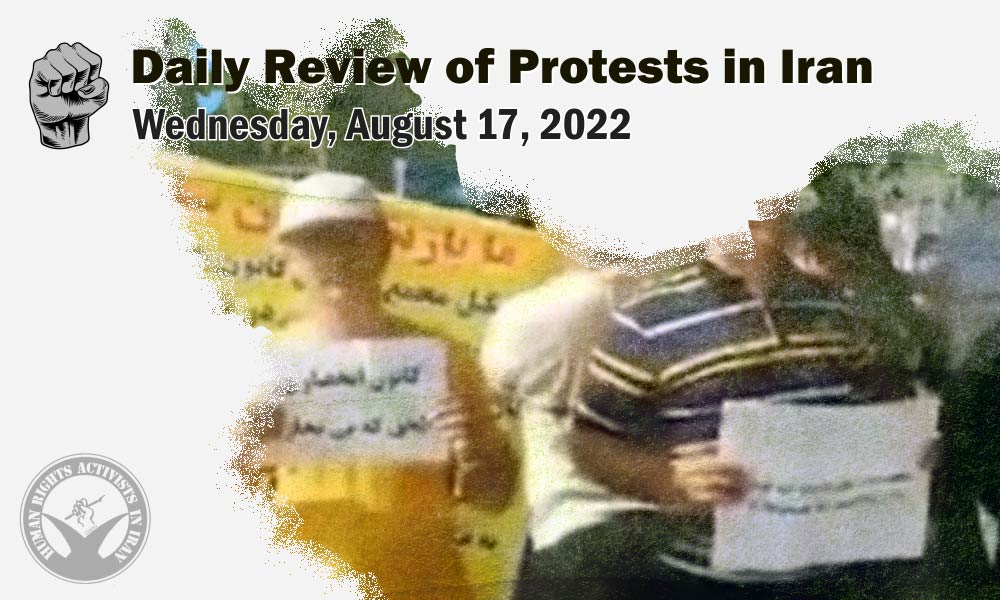 On Wednesday, August 17, 2022, at least three protests and one labour strike took place in Iran.

The pensioners of the Social Security Organization gathered in Ahvaz and Bandar-Anzali to protest against the insufficient increase in pensions.

In Isfahan, a number of farmers demonstrated to demand for their water portions.

A group of workers of Golgohar Sirjan Mining and Industrial Company went on strike in protest against unpaid wages and not addressing their other issues.