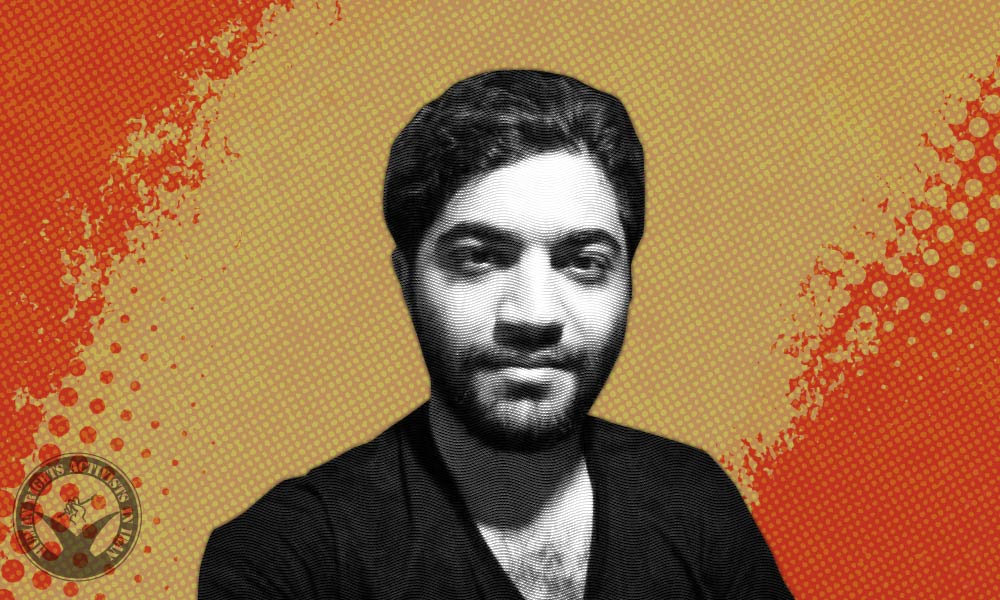 Sunni Prisoner Hamzeh Darvish, who is serving a 15 year sentence in Lakan Prison, is still on hunger strike after 12 days. On February 5, he went on hunger strike to protest his conditions and being held in the same ward of prisoners of violent crimes. He ask to be returned to Rajai Shahr Prison.

According to HRANA, the news agency of Human Rights Activists, on February 3, the first interrogation session was held for a new case recently opened against him in Branch 16 of the Public and Revolutionary Court of Rasht City. In this new case, he was charged with “offensive statements against the current and former Supreme Leader of Iran”.

This case has been opened following the complaints of the ministry of intelligence and regarding audio of Darvish circulated on social media. In this audio recording, Darvish explains his conditions in prison.

Darvish claims that in 2014, ISIS troops tricked him into Turkey and then he travelled to Syria. He had been in ISIS jail for some time, then escaped to Iran and introduced himself to the security forces.

After spending one year in detention, he was released on bail. However, he was arrested again and sentenced to 15 years imprisonment in a trial which raised many questions. On May 11, 2020, he was transferred from Rajai Shahr Prison to Lakan Prison. On September 30, 2020, he was held in solitary confinement for more than two months for the second time.

Sunni political prisoners Mohyedin Ebrahimi, Mohyedin Tazehvared and Davood Jabbari were recently transferred from Urmia Prison to an unidentified location. Given that two of these prisoners have been sentenced to death, this relocation raises concerns about them.

According to HRANA, the news agency of Human Rights Activists, the whereabouts and conditions of these prisoners are unknown as of this writing. This relocation took place following the confirmation of the death sentences for Mohyeldin Ebrahimi and Mohyeldin Tazehvared. They have asked for a retrial.

On October 23, 2017, Mohyedin Ebrahimi was wounded by direct fire from an Iranian officer at Iraq’s border and arrested on a charge of smuggling alcoholic beverages. Branch 2 of the Revolutionary Court of Urmia subsequently sentenced him to death. Following an overturn of the verdict by the supreme court of Iran, the case was sent back to Branch 2 of the Revolutionary Court for re-examination. The supreme court confirmed the verdict, and the death sentence was upheld.

On October 29, 2018, Mohyedin Tazehvared was arrested by security forces and transferred to Urmia Prison until the end of legal proceedings. He was also sentenced to death by Branch 2 of the Revolutionary Court of Urmia. Until now, his request for a retrial has not been answered.

On June 4, 2017, Davood Jabbari was arrested and then sentenced to 18 years imprisonment on the charge of “membership in ISIS (Daesh)”.