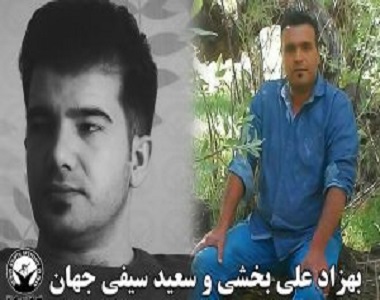 According to the report of Human Rights Activists News Agency in Iran (HRANA), Shima Babaei, civil activist who had been arrested on February 1, 2018, was released from Evin Prison on the bail on March 3, 2018. END_OF_DOCUMENT_TOKEN_TO_BE_REPLACED

HRANA News Agency – Security forces arrested a number of civil activists throughout the country during a coordinated operation on February 1. Some detainees including Saeed Eghbali and Saeed Seifi are denied of having visitors in Evin Prison.
According to the report of Human Rights Activist News Agency in Iran (HRANA), during a coordinated effort by security forces around the country, a number of civil society activists, mostly known and formerly detained, were arrested, on Thursday February 1, 2018. END_OF_DOCUMENT_TOKEN_TO_BE_REPLACED