This week, nationwide protests continued in Iran following the widespread protests in Khuzestan. A number of labor protests took place as well. According to HRANA, the news agency of Human Rights Activists, employees of Haft-Tappeh Agro Industry Co. continued their strike into a 4th week. Read our recap below for details, photos, and videos from the demonstrations.

Workers of Haft Tappeh Sugarcane Agro-Industry Company continued their strike for a 19th consecutive day in Shush on Saturday. A group of workers of Rudbar Municipality in Gilan Province and a group of employees and engineers of East Azerbaijan thermal and gas power plant in Tabriz held protest rallies called on their demands to be addressed. Also, following the nationwide protests of the Iranian people, citizens held protest rallies in the cities of Ahvaz, Tehran, and Golestan of Tehran.

Citizens of Tehran protesting front of the Tehran City Theater:

A group of employees of the Iranian Offshore Oil Company, and a number of farmers in Isfahan protested on Sunday and Monday. A group of workers of Haft Tappeh Sugarcane Agro-Industry Company also continued their strike for a 21st day in Shush. 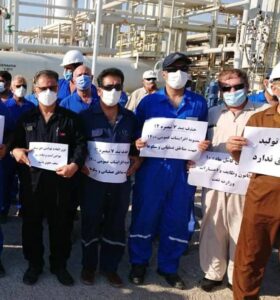 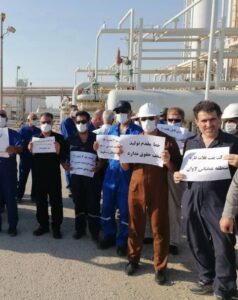 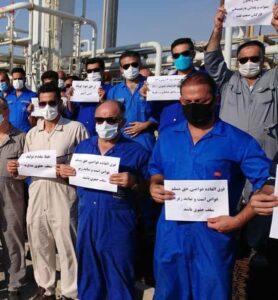 A number of bakers in Baharestan city in Tehran Province, several contractor workers of Isfahan’s Mobarakeh Steel, and a group of official employees of Iranian Offshore Oil Company in Qeshm and Bahregan protested this Tuesday. A group of workers of Haft Tappeh Sugarcane Agro-Industry Company also protested for a 22nd day in Shush. 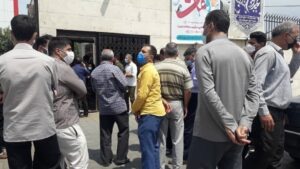 Employees of Iranian Offshore Oil Company in Qeshm and Bahregan:

A group of Izeh ranchers protested on Wednesday, as well as a number of employees of the Bahrgansar oil field. Workers of Haft Tappeh Sugarcane Agro-Industry Company also continued their strike for the 23rd day in Shush. 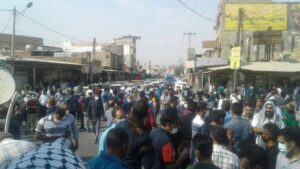 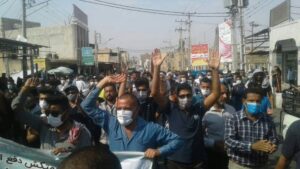 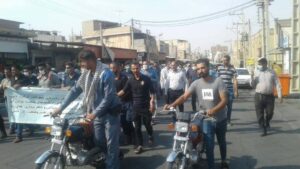 On the 24th day of the strike, workers of Haft Tappeh Sugarcane Agro-Industry in Shush marched in the streets.

A number of workers of Haft Tappeh Sugarcane Agro-Industry Co in Shush protested for a 25th day in a row. 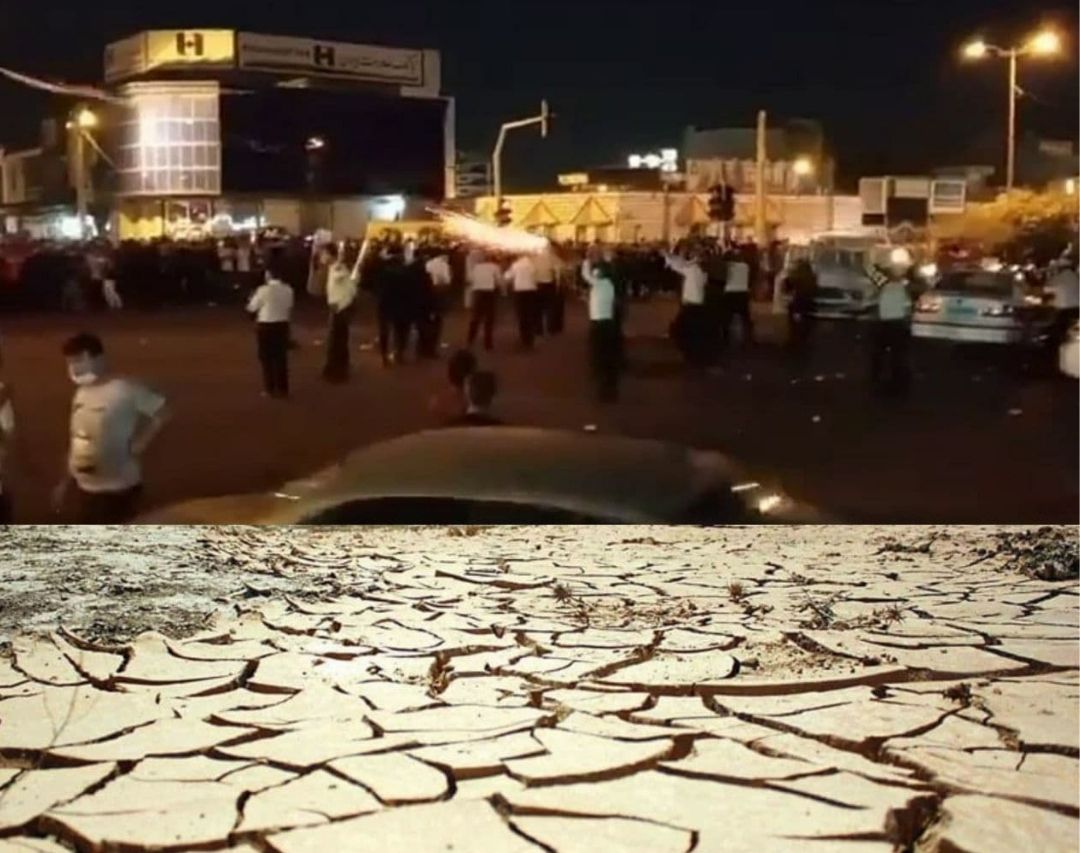 Hamshahri newspaper, which is owned by Tehran Municipality, published a report yesterday stating that at least 300 have been arrested during the recent protests in the city of Susangerd alone.

According to HRANA, the news agency of Human Rights Activists, the report acknowledges that at least 12,000 people were present at a protest rally in Susangerd–a noteworthy distinction amid denials of unrest from many official sources.

According to the report, the day after the first day of the protests, July 15, Khuzestan Governor Qassem Soleimani Dashtaki denied everything about the protest, saying, “Some seek to provoke the people and publish fake images of the protests in cyberspace.” He claimed, “There were no protests in the cities of Khorramshahr and Susangerd.”

Subsequent events showed that the governor’s words were wrong. The Hamshahri newspaper also reported that the protests were peaceful until the fourth day in Susangerd and surrounding cities but escalated into violence with the arrival of troops and special forces.

Until that day, no provincial or government officials were willing to speak to the people. Finally, on the fourth day, with the arrival of the non-native special police unit in the Susangerd area, the atmosphere changed. The police were aimed at stopping protests by any means necessary. Citizens wondered why the special unit had been summoned to the city, given the peaceful nature of their protests.

According to the Hamshahri report, 2018 statistics showed that Khuzestan was the highest ranked province in number of protests, with about 300 union and non-union gatherings and sit-ins in that year alone. Given the high capabilities and abundance of resources within the province, it should be one of the wealthiest regions, but decades of mismanagement and exploitation have left Khuzestan with abysmal rates of unemployment and poverty. Regarding the water issue, citizens have been protesting, in various ways, for more than 20 years, but nothing has been done.