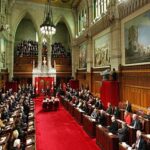 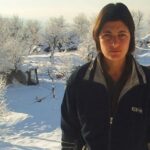 HRANA News Agency – Zeynab Jalalian, a Kurdish citizen of Maku, who is kept in Diesel-Abad prison, did not find the permission of transfer to the prison of her residency.

According to the report of Human Rights Activists News Agency (HRANA), Zeynab Jalalian, the prisoner of women ward of Diesel-Abad prison of Kermanshah, had been requested several times for being transferred to her residence city’s prison which has been rejected every time. END_OF_DOCUMENT_TOKEN_TO_BE_REPLACED

No medical treatment for Zeynab Jalalian

HRANA News Agency – Authorities of Diesel Abad prison of Kermanshah, rejected medical furlough request of Zeynab Jalalian, who is at the verge of blindness.

According to the report of Human Rights Activists News Agency (HRANA), in response to bad physical condition of Zeynab Jalalian, prison authorities promised to send her to medical furlough one month ago.

Nevertheless, few days ago, she was informed that her request is rejected by security services and she cannot take any effective procedure.

This prisoner has been suffering from bad health condition, especially visual problem and recently has lost her sight.

Zeynab Jalalian was arrested by Kermanshah intelligence and security forces, in 2007, and first sentenced to death, and then to life prison.

This political prisoner has been under severe pressure and had gone to hunger strike several times.

Needed to be mentioned, earlier on a published report by media, reason of vision problems of Zeynab Jalalian was stated as stroke during interrogation.

HRANA News Agency – Zeynab Jalalian, th political prisoner of the women’s ward of Kermanshah Diesel Abad prison has been denied medical treatment and furlough and is in critical health condition.

According to the report of Human Rights News Activists News Agency in Iran (HRANA), she has been suffering from vision problems for a long time and recently is not able to see any more. END_OF_DOCUMENT_TOKEN_TO_BE_REPLACED