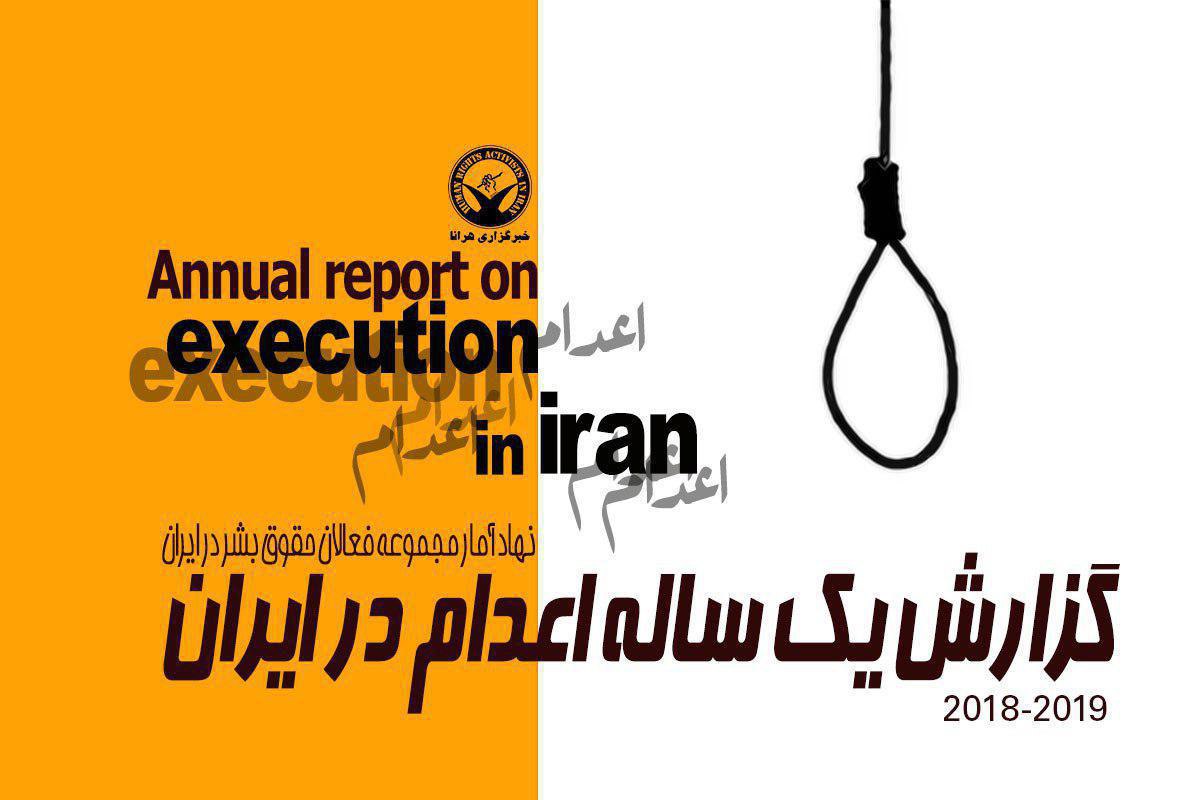 From October 10, 2018, to October 8, 2019, the death penalty and executions have been the focus of 250 HRANA reports. Over this time period, the Iranian authorities issued the death penalty sentence to 134 individuals and have already carried out 242 executions including 16 public executions.

While execution numbers went down by 5.4% in comparison to the same time last year, Iranian courts have issued 47.6% less death sentences. Public hangings and executions of women have raised 6.6% and 140%, respectively.

Females account for only 12 of the 242 HRANA-confirmed execution victims this year. In addition, five juvenile offenders who were under the age of 18 when they allegedly committed the crime they were charged with, were executed. 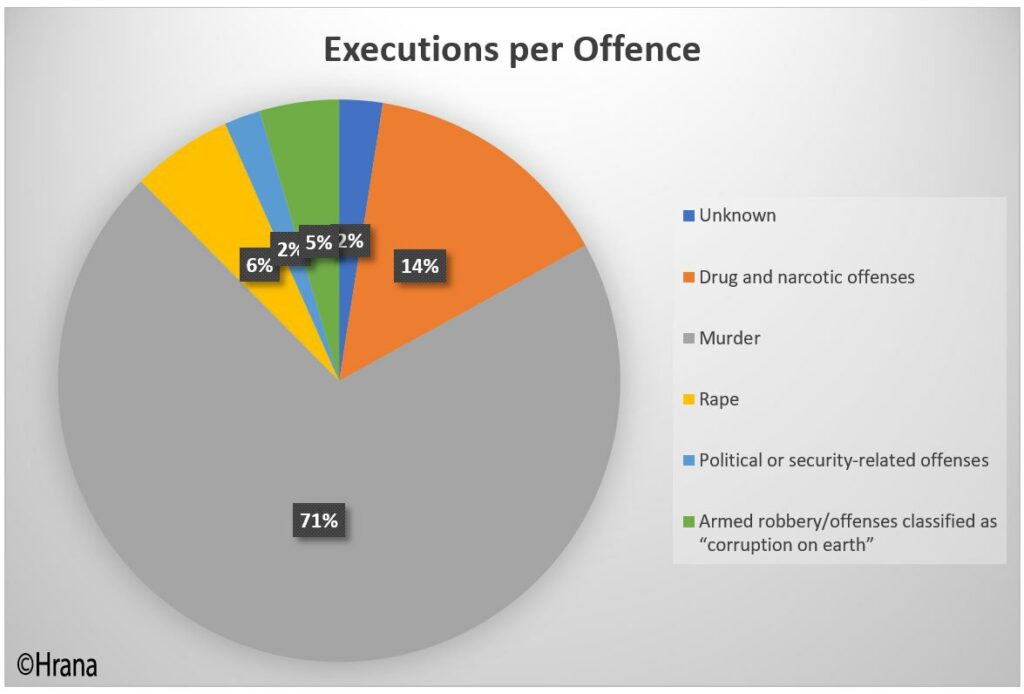 The chart below displays execution numbers by their location in prison or public. According to statistics, 7% of the executions in Iran were carried out in public. 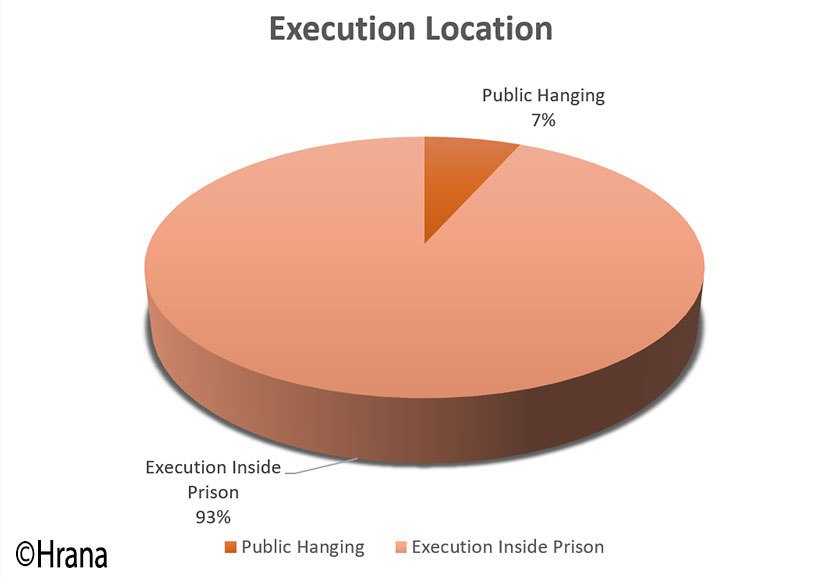 The chart below displays execution numbers by the province in which they took place. According to this chart, Alborz with 25% has the highest number of executions and West Azerbaijan 8% and Kerman 7% are second and third. 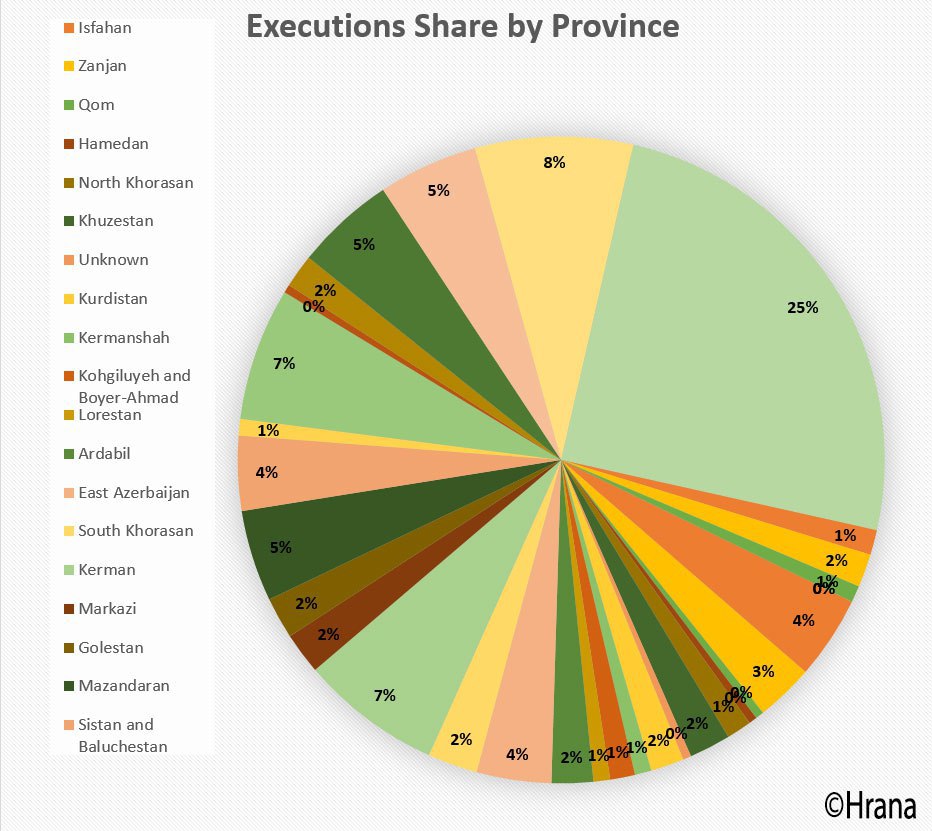 The chart below is a distribution of execution information sources. The chart indicates that 72% of HRANA-confirmed executions were not announced by the official Iranian sources. Undisclosed executions are referred to as “secret” executions. 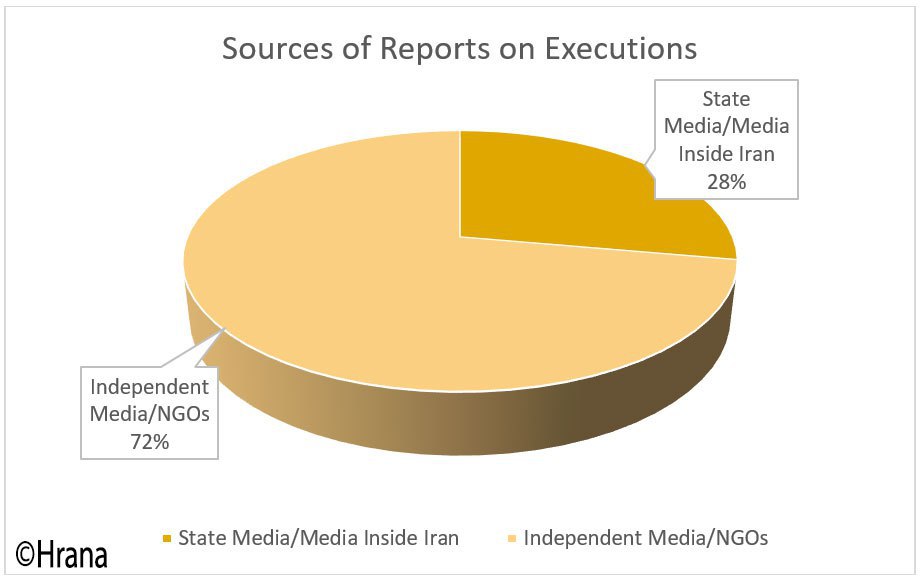