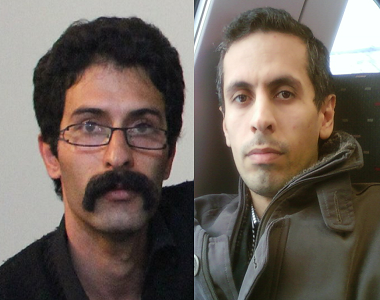 HRANA News Agency – Saeid Shirzad, Hamid Babaei and Masood Arab Chobdar, 3 prisoners of Evin prison, were exiled to Rajai Shahr prison, in Karaj, after a guild complain and they are on hunger strike  in quarantine ward in this prison.
According to the report of Human Rights Activists News Agency in Iran (HRANA), on Monday 16th February, compulsory use of ward’s courtyard in ward 8 of Evin prison for the prisoners who had no warm clothes, caused their complains and finally 8 political prisoners of this ward were taken to solitary confinements.
. These 8 prisoners who went on hunger strike in solitary confinement are, Aso Rostami, Amir Amirgholi, Amir Hushang Navaei, Omid Alishenas, Saeid Shirzad, Masood Chobdar, Hamid Babaei and Abas Rostami.
On Tuesday morning, 17th February, three of them, Saeid Shirzad, Hamid Babaei and Masood Arab Choobdar were exiled to Rajai Shahr prison in Karaj and they are now in quarantine ward of this prison and are still on hunger strike.
According to the reports that this News Agency has received, Saeid Shirzad was offended and beaten by the prison officers when he was being transferred.