The authorities, so far, have told a lot of contradictories about the mass arrests. The families of these people also consist on their innocence and emphasis that they are victims. Mother of this native Balooch, has written a letter, a copy of which has been provided to HRANA, with an emphasis on his son’s innocence, she has sought help from Human Rights organisations, particularly from UN Special Rapporteur on Human Rights. END_OF_DOCUMENT_TOKEN_TO_BE_REPLACED

The authorities have had many contradictionary announcements about this mass arrest. The families of these prisoners are concerned about the fate of their beloved ones while emphasizing on their innocence. END_OF_DOCUMENT_TOKEN_TO_BE_REPLACED 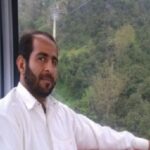 END_OF_DOCUMENT_TOKEN_TO_BE_REPLACED

A Sunni Prisoner’s Letter from Rajai Shahr Prison in Karaj 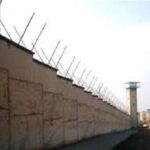 HRANA News Agency – Foad Ahmad Noori (Laloo), a Sunni Kurdish prisoner in Rajaei shahr Karaj wrote a letter to report the obstruction of the authorities to prevent his family from meeting him after 4 years while they live in Iraqi Kurdistan.

According to the report of Human Rights Activists News Agency in Iran (HRANA), Foad Ahmad Noori (Laloo) has been sentenced to 13 years imprisonment because of propagating Sunnite belief. END_OF_DOCUMENT_TOKEN_TO_BE_REPLACED

The authorities have so far been saying a lot of contradictories about the mass arrests. On the other hand the families of the detainees affirm that their children are innocent and victims. END_OF_DOCUMENT_TOKEN_TO_BE_REPLACED 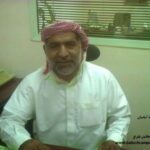 This was despite the fact that 10 people had previously suffered from heavy sentences on the same charges and regarding the same incident. Therefore, the daughter of Malek Mohammed Abadian, one of the previously arrested individuals, responded to the recent claims of the chief of police force and highlighted the contradictions in his remarks. Her letter has been published by “Blaouch activists” and indicated below: END_OF_DOCUMENT_TOKEN_TO_BE_REPLACED

HRANA News Agency – Behnam Ebrahimzadeh, who has been sentenced to 9 years and 4 months imprisonment, has written in a letter: “I had been sentenced to 5 years in prison which I have spent 4 years of it. But I was tried again. The court did not even let my solicitor, Manijeh Mohammadi to participate in my trial. I was tried in branch 26 and branch 15, presided by Judge Salvati, and conveyed my sentence on 29th December. I was accused by allegations such as gathering and collusion against the national security and relations with MEK, propaganda against the regime, connection with Ahmed Shaheed, and keeping satellite equipment. I do not accept this verdict and I denied any connection with the MEK. I had no relationship with this organization and I do not have. It’s just a bogus charge and embroidered story.”

The full text of the letter was publicised by HRANA News Agency as below: END_OF_DOCUMENT_TOKEN_TO_BE_REPLACED

HRANA News Agency – Mohammad Nazari, son of Hamdullah, political prisoner in hall 12 of ward 4 in Rajai Shahr prison in Karaj, who has been imprisoned on charge of cooperating with Kurdish Democrat Party since 19 years ago without any leave, has written in a letter:

“In 2001-2002, I had been asked to pay 5 million Tomans to get released from prison, but as I couldn’t pay it, I have been held in prison since then and it is still going on.  END_OF_DOCUMENT_TOKEN_TO_BE_REPLACED

Nima! I Am Sure You Understand / Behnam Ebrahimzadeh 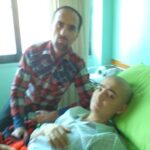 HRANA News Agency – Behnam Ebrahimzadeh, a labor activist imprisoned in Rajai Shar prison,has gone on hunger strike since 3 December in protest against being transferred from political prisoners’ ward to criminals’ ward and is currently in critical condition.

He wrote a letter to his son, who is affected by blood cancer. HRANA has received the letter which is as follows: END_OF_DOCUMENT_TOKEN_TO_BE_REPLACED

A Couple of Words from a Teacher / Abdolreza Ghanbari 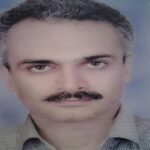 The teacher prisoner has issued a statement, a copy of which has been submitted to HRANA as follows: END_OF_DOCUMENT_TOKEN_TO_BE_REPLACED