HRANA News Agency – Behnam Ibrahimzadeh, labour activist, who is suffering from lumbar disc was transferred to the hospital on Wednesday May 18 and returned to Rajaei Shahr prison on Thursday May 19.

According to the report of Human Rights Activists News Agency (HRANA), Behnam Ibrahimzadeh, labour activist who is imprisoned in Rajaei Shahr prison is suffering from kidney problem, arteritis and lumbar disc and was transferred to Imam Khomeini hospital on Wednesday May 18, and returned to the prison a day later.

A close source to this imprisoned labour activist told HRANA’s reporter, “The main problem of Mr. Ibrahimzadeh is his kidney’s problem, but he was transferred to Imam Khomeini hospital for his lumbar disc issue. After examinations, he has been given some medicine”.

This source also said, “Mr. Ibrahimzadeh is planned to be sent to this hospital again next week, for continuation of his medical treatment”.

Need to be mentioned, HRANA had previously reported that Behnam (Asad) Ibrahimzadeh was transferred to ward number two of Rajaei Shahr on May 9th as a punishment, after tensions in ward 10.

Behnam Ibrahimzadeh, labour activist and born in 1977, was arrested first time in 2008 on charge of graffiti and propaganda in Oshnaviyeh.

For the second time, he was arrested on May Day, along with a group of labour and civil activist in Laleh Park in 2009, and was released on a bail after a month.

The third time, this labour activist was arrested on June 12, 2010. He was interrogated under pressure for four months in solitary confinement, and then was sent to ward 350 of Evin prison.

He was sentenced to 20 years in prison by judge Salavati in branch number 15 of the revolutionary court, in a short trial and without the presence of a lawyer. This sentence was reduced to 5 years in the appeal court.

Behnam Ibrahimzadeh was beaten by prison guards during the raid to ward number 350 of Evin prison, known as Black Thursday. He was kept in solitary confinement for 5 days in ward number 240.

This labour activist was transferred to solitary confinement of ward 209 in May 2014 and after sometime, was exiled to Rajaei Shahr prison illegally.

He was harassed many times in different wards of Rajaei Shahr prison and last time he was transferred from ward number 10 to ward number 2.

HRANA had previously reported that on August 1, 2015, the appeal court sentenced Behnam Ibrahimzadeh to 7 years and 10 months and 15 days in prison, and fine. He was charged with collusion for committing crimes against the internal and foreign security and propaganda against the regime.

He was in prison to serve his 5 years, during the time that he was charged and convicted.

He was also charged with ignoring the arrest order and using satellite and playing cards, all during the time that he was in prison.

One of the legal consultants of HRANA had said, “even though it is impossible to prove the allegation of act against the national security, while someone is in prison, but according to the new Islamic Penal Code, which was mandated during the issuance of this sentence, for all these allegations combined the sentence could not be more than 5 years”.

This labour activist is suffering from herniated disc and arthritis of neck. His son, Nima, is suffering from cancer and his family cannot use weekly visits, due to financial difficulties, long distance and Nima’s illness. 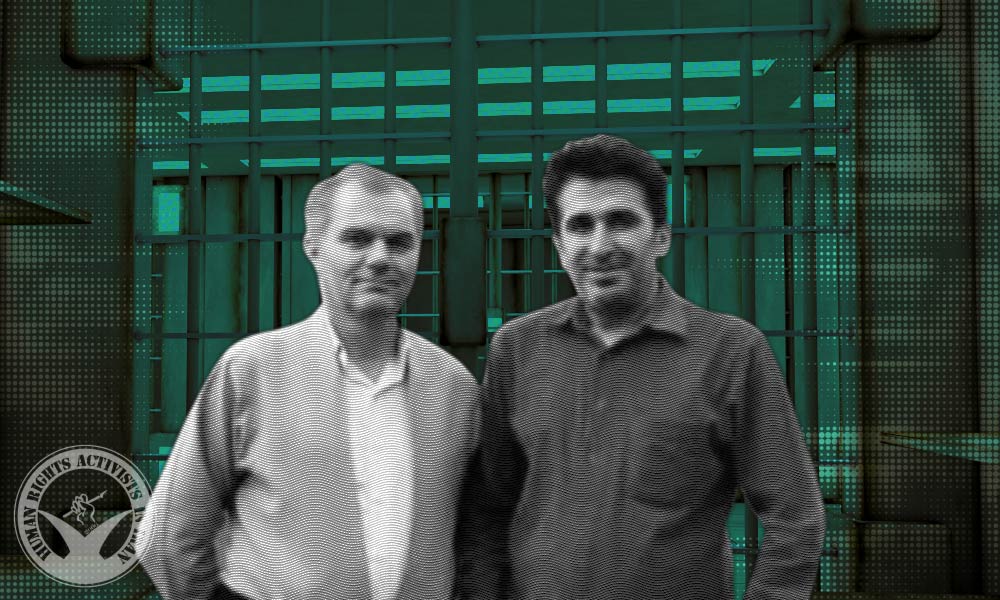