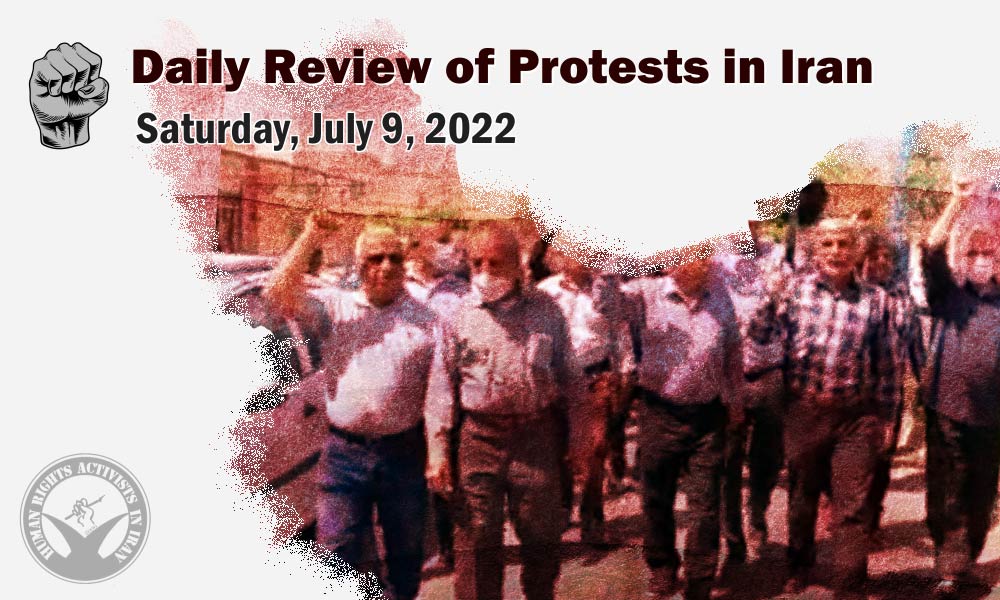 On Saturday, July 9, 2022,  two protests and one labour strike took place in Iran.

Continuing their protests against low pensions, the pensioners rallied in front of the Governor-General Building in Ahvaz. A similar demonstration took place in Shushtar. The pensioners chanted slogans against the government, such as “the government betrays, the Parliament supports”, “they are lying that our enemy is America, our enemy is right here,” and  “All three Branches of Government are just puppets, why the supreme leader is silent.”

For the second time, a group of minibus drivers in Bandar Abbas went on strike to protest against the recent decrease in fuel portions and crowded gas stations.