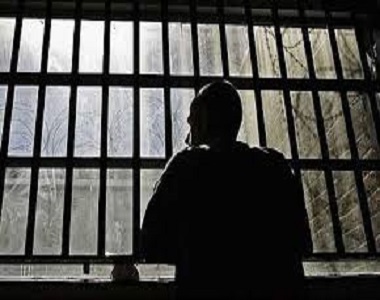 According to the report of Human Rights Activists News Agency in Iran (HRANA), seven Sunni prisoners, including Davoud Abdollahi, Kamran Sheikheh, Farhad Salimi, Anvar Khezri, Khosrow Besharat, Qasim Abesteh, and Ayoub Karimi, are detained since December 7, 2009 and were sentenced to death by judge Moghiseh of Branch no. 28 of the Revolutionary Court, in March of 2015. The sentences were not approved by Judge Razini in the Supreme Court; however, after eight years of imprisonment, they remain in a state of uncertainty. END_OF_DOCUMENT_TOKEN_TO_BE_REPLACED

According to the report of Human Rights Activists News Agency in Iran (HRANA), Anvar Khezri, Kamran Shikhe and Khosro Besharat three Sunni prisoners who along with Davood Abdollahi, Farhad Salimi, Ghasem Abbeste and Ayoub Karimi have been jailed since December 7, 2009, were transferred to Urmia prison from Rajai Shahr prison in Karaj. END_OF_DOCUMENT_TOKEN_TO_BE_REPLACED 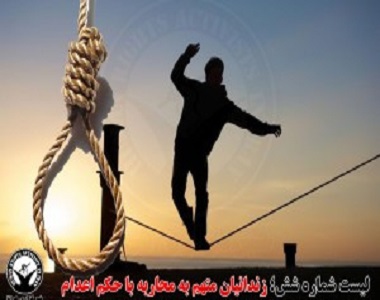 According to the report of the Human Rights Activists News Agency in Iran (HRANA), there are at least twenty four male death row prisoners who have been charged with Muharebeh, in different ways, are being held in Iran prisons. These prisoners can apply for a judicial review, due to the changes in the Islamic Penal Code in 2013. END_OF_DOCUMENT_TOKEN_TO_BE_REPLACED 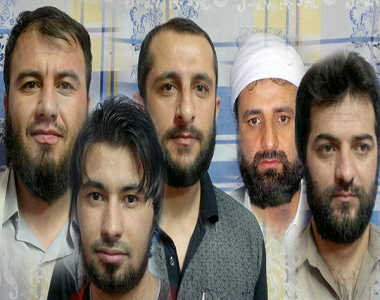 HRANA News Agency – On May 25, 2016, the death sentences of seven Sunni prisoners in Rajai Shahr prison was notified to them. This verdict was issued by Branch 28 of the Revolutionary Court headed by judge Moghiseh.
According to the report of Human Rights Activists News Agency in Iran (HRANA), Davood Abdollahi, Kamran Sheikhi, Farhad Salimi, Anvar Khezri, Khosrow Besharat, Ghasem Abesteh and Ayoub Karimi, are the seven Sunnis prisoners who were detained since December 7, 2009 and have been sentenced to death. END_OF_DOCUMENT_TOKEN_TO_BE_REPLACED

HRANA News Agency – Seven Sunnis prisoners of conscience, who are under detention since more than six years ago, are held in undecided conditions in various prisons in the country.

HRANA News Agency – Seven Sunni political and conscience prisoners have been summoned to branch 6 of Moghadas court and after 4 years of limbos they were informed that their case is archived.