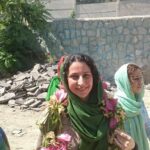 HRANA News Agency – Hakimeh Shokri, political prisoner in women’s ward of Evin prison, was released by the end of her sentence.

According to the report of Human Rights Activists News Agency in Iran (HRANA), Hakimeh Shokri, civil activist and one of the “Mothers of Laleh Park”, was released from prison on Monday 12th July, by the end of the legal sentence. END_OF_DOCUMENT_TOKEN_TO_BE_REPLACED

According to the report of Human Rights Activists News Agency (HRANA), there are 22 women in this section, 15 of whom are political and civil activists, 6 are from religious minorities and 1 of them is imprisoned on charge of espionage. END_OF_DOCUMENT_TOKEN_TO_BE_REPLACED

According to the report of Human Rights Activists News Agency (HRANA), a large number of prisoners in Evin prison, including 13 prisoners of ward 350, were imparted that their conditional release requests have been rejected. END_OF_DOCUMENT_TOKEN_TO_BE_REPLACED 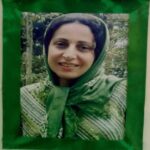 According to the report of Human Rights Activists News Agency (HRANA), she is an activist of “Madarane Parke Laleh” and it is more than two years that she is held in women’s ward in Evin Prison, and due to complaining about the inattention into the situation of women prisoners, she has been exiled to prison in Gharchake Varamin. The authorities have also threatened other women prisoners that if they continue to complain, they will be exiled as well. END_OF_DOCUMENT_TOKEN_TO_BE_REPLACED