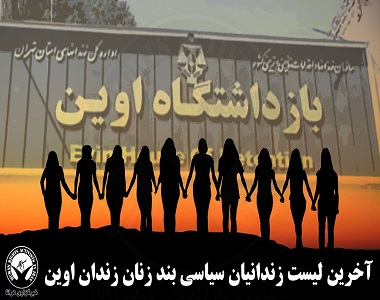 HRANA News Agency – In women’s ward of Evin prison, there are many mothers who are imprisoned with political and security charges. They are being kept in an inappropriate condition and without having sufficient phone call time, and very limited visits. The condition of this ward resulted in spreading of women and different diseases among the prisoners.

According to the report of Human Rights Activists News Agency in Iran (HRANA), currently 23 female prisoners, mainly with political and security charges are being kept in women’s ward of Evin prison. END_OF_DOCUMENT_TOKEN_TO_BE_REPLACED

HRANA News Agency – In the women’s ward of Evin prison where many mothers are being kept, it is not possible to make a phone call, visits are limited and there are many environmental problems in this place. This report gives the names, status and charges of 31 female political-security prisoners.

According to the report of Human Rights Activists News Agency in Iran (HRANA), currently 31 prisoners, mostly political, conscience and security prisoners, are kept in the women’s ward of Evin prison. END_OF_DOCUMENT_TOKEN_TO_BE_REPLACED 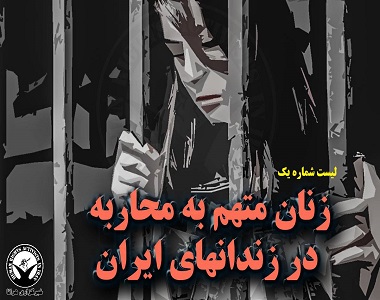 According to the report of Human Rights Activists News Agency (HRANA), at least 11 female prisoners with Muharebeh charges are held in different prisons across the country and are serving heavy sentences. According to the new penal code and by changing the section about Muharebeh, they could ask for retrial. Many of them may find reduction in their sentences, and for some, due to a long time that they have already served there is a chance of being released. END_OF_DOCUMENT_TOKEN_TO_BE_REPLACED

HRANA News Agency – More than 70 political prisoners are kept in Rajaei Shahr and Evin prisons who have been charged with Muharebeh. Considering the recent changes in the penal code, they need to be re-tried. After a re-trial most of these prisoners are expected to be released. HRANA published the names of 32 prisoners of these two prisons who have been charged with Muharebeh.
According to the report of Human Rights Activists News Agency (HRANA), considering the fact that article 186 has been superseded, political prisoners with the charge of Muharebeh need to be re-tried. Therefore the names of 32 prisoners who are imprisoned in Evin and Rajaei Shahr prisons on this charge are being published by HRANA. END_OF_DOCUMENT_TOKEN_TO_BE_REPLACED 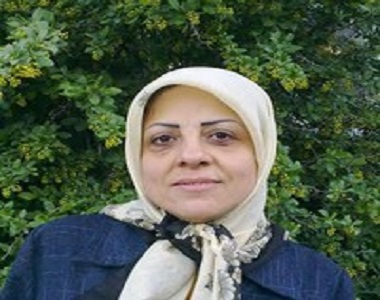 According to the report of Human Rights Activists News Agency in Iran (HRANA), after about two years of arrest and imprisonment of Zahra Zehtabchi, political prisoner in the women’s ward of Evin prison, she has not been sent on leave and the prison authorities and the prosecutor reject to send her on leave. END_OF_DOCUMENT_TOKEN_TO_BE_REPLACED

According to the report of Human Rights Activists News Agency (HRANA), there are 22 women in this section, 15 of whom are political and civil activists, 6 are from religious minorities and 1 of them is imprisoned on charge of espionage. END_OF_DOCUMENT_TOKEN_TO_BE_REPLACED