HRANA News Agency – Mahmood Beheshti Langaroodi, teacher and union activist who was on the 22nd day of hunger strike, was released and sent to his house. Kayvan Mehregan, poet and journalist, who was in furlough was released on parole. Rasould Badaghi, union activist has been released on the bail and Mehdi Motamedi Mehr, other political prisoner is sent to a 5-day furlough.
According to the report of Human Rights Activists News Agency (HRANA), Mahmood Beheshti Langaroodi, imprisoned teacher and member of Teachers Association of Iran, who had been hospitalized due to bad condition after his hunger strike, was released on the bail, until his retrial session. END_OF_DOCUMENT_TOKEN_TO_BE_REPLACED 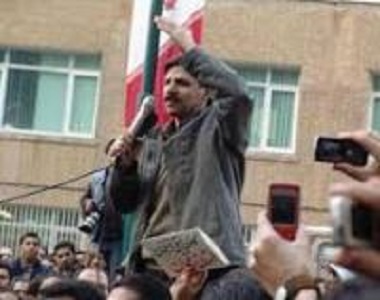 According to the report of Human Rights Activists News Agency (HRANA), Mr. Beheshti had expressed the reason of his refusal from wearing prison’s uniform, as “preserving his dignity as a human being, teacher and union activist”. END_OF_DOCUMENT_TOKEN_TO_BE_REPLACED