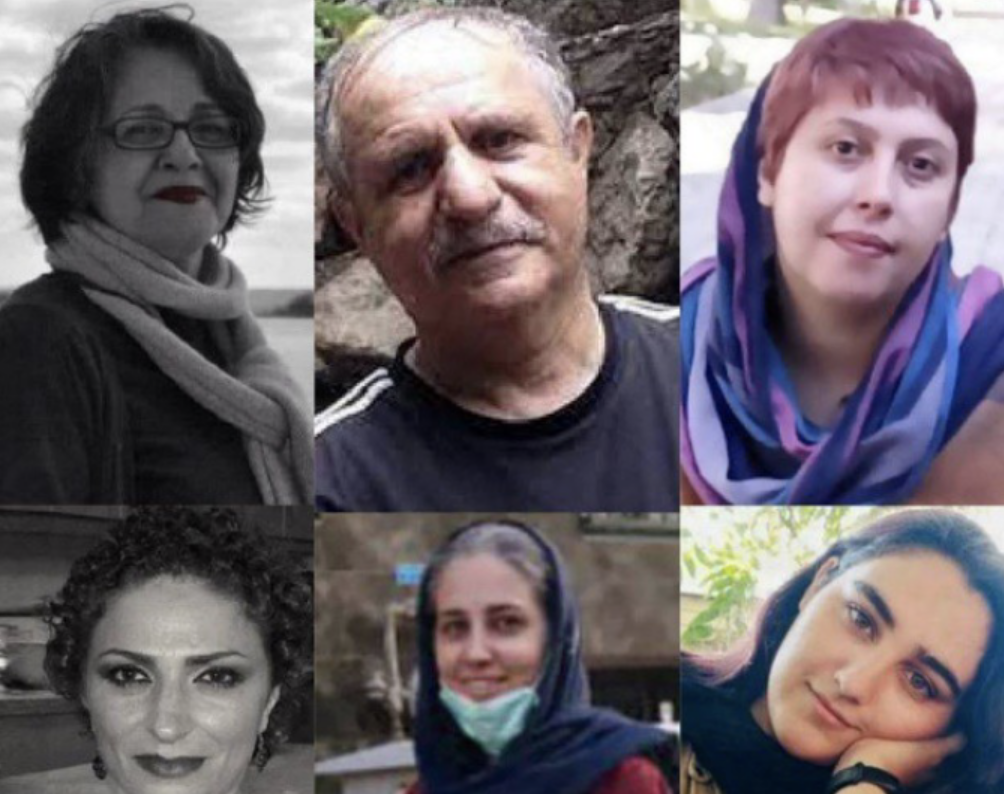 According to HRANA, the news agency of Human Rights Activists, political activists Nahid Taghavi, Mehran Raouf, Somayeh Kargar, Bahareh Soleimani, and Nazanin Mohammadnejad were sentenced to a total of 38 years in prison.

Branch 26 of the Revolutionary Court of Tehran, presided by Judge Iman Afshari, has sentenced the seven defendants to a total of 53 years and five months in prison on charges of “participating and administrating the Communist Party of Iran with the intention to disrupt security”, and “propaganda activities against the regime”.

Nafiseh Malekijoo and Mohammad Hajinia are currently living abroad. As of this writing, the status of the case of Elham Samimi, the eighth defendant of the case, is unknown.

The first session of the court hearing for these activists was held on April 28, and the second session was held on June 13.