In Isfahan, a number of farmers assembled at the office of parliament member Hossein Mirzaie to protest the mismanagement in addressing water shortage. In response to the member of parliament (MP) who had recommended rain praying as the only solution, these farmers asked him to pray.

“We are waiting for the MP to come here and do rain prayer,” the farmers stated. “We go here on sit-down strike until it rains.”

A number of construction workers for a project to build a freeway tunnel from Manjil to Rasht City went on strike to protest against their employer who broke his promise regarding paying delayed wages. According to the workers, after fifteen days, the employer has yet to fulfill his promise to pay four months of unpaid wages.

About 800 workers working on the Shafa Rud dam in Gilan Province additionally went on strike last Friday to ask for the payment of their wages, which are seven months delayed.

“Since last year, I have been trying to address their issues,” Hassan Muhammad Yari , the MP of Talesh City, stated in Parliament. “Many times, I gave speeches in the parliament; however, so far there has been no one to listen. Therefore, these workers went on strike to reach their demands and I will join them from next week.”

A group of workers of Ahvaz municipality protested on Saturday, first in front of the parliament building in Tehran and then at the office of the president. Reportedly, 69 recently-temporarily-laid-off workers of Ahvaz Municipality demanded to return to work. The workers have not been paid for the last six months and are facing a four month suspension from work. 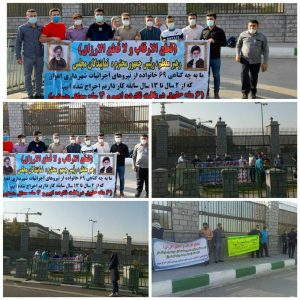 Workers of the Tehran Bus Company, along with the stakeholder of the housing cooperative of this company, assembled in front of the judiciary building in Tehran. The housing cooperative set up Sepidar construction projects 2 and 3 aiming to provide these bus drivers with housing, but 10 years after its introduction the project remains unfinished.

A number of people who have lost money to Cryptoland, a cryptocurrency exchange, assembled in front of the parliament building and demanded the return of their money

A number of retirees of the pension fund of the steel corporation Fulad assembled in front of the building of this corporation in Isfahan. They asked for the improvement of their pension funds in proportion with the poverty line, closing the gap in pension incomes and addressing issues in regard to supplementary insurance. 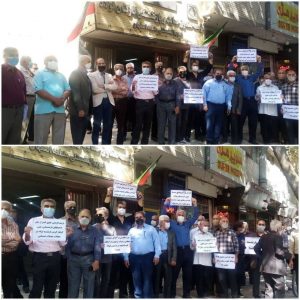 Bus and minibus drivers working in the transport service of Southern Pars assembled and protested against low wages in comparison to increasing transportation costs.

Some personnel of Ahvaz Water and Wastewater Company assembled in front of the company building to protest the upcoming merger with Khuzestan Water and Water Waste company, among other issues. They said that the merger would worsen the financial situation of the company and the quality of their service as happened after the merger of with rural Water & Wastewater Company with its counterpart in the province. 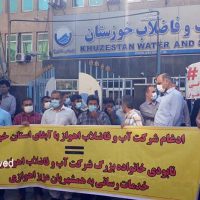 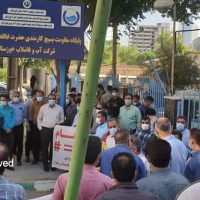 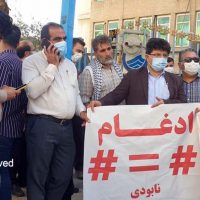 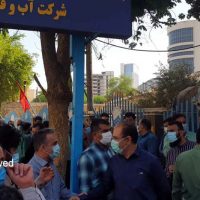 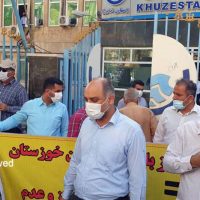 A number of citizens assembled in front of the parliament building to protest against unfair family laws especially “Mehrieh”, which relates to the certain amount of money or possession paid by the groom before marriage or later at any time on request of the bride. 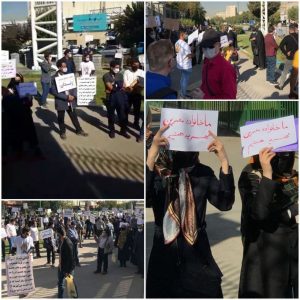 A group of workers working in ShafaRud dam assembled in on company property in Rezvanshahr City. These workers have not been paid for seven months and more than 700 workers have been laid off due to the shutdown of the project. 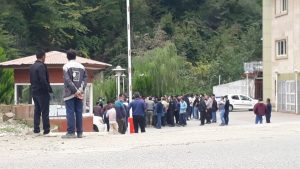 A number of workers of Haft-Tappeh Company assembled and protested on company property. They have been on strike for 23 days. These workers demand payment of their delayed wages, an immediate return of the company from the private sector to public, the return of laid off workers to work, extension of the contracts of both seasonal workers and workers of the pest control department, and the carrying out of repair operations.

The workers of Hadid Mobtakeran Company assembled and protested unpaid wages, which have been delayed by two months.

A number of customers of Azvico company (Azarbaijan Vehicle Industry), who had pre-purchased cars protested in front of the building of Economic Crimes Court in Tehran. These citizens have not yet received their purchased car after three years.

A group of people, who lost their investment in the Aftab Project, assembled in front of Rey City Court.

A group of poultry farmers assembled in front of the building of the Ministry of Agriculture Jihad in Tehran in protest of high incubator costs and government-imposed fixed prices.

Workers of the private companies which are working as contractors for Bushehr Petrochemical Company went on strike once again. They demanded increased wages, changing shift-work schedule to 20 days work, 10 days off, improvement of worker accommodations and food. It is worth mentioning that since June 19, these workers have launched a campaign to call all oil industry workers to join the strike.

A number of depositors of Caspian, a finance and credit institution, assembled in front of the building of the Liquidation Board in Tehran. They said that after six years, this finance institution refuses to return their investments.

“Today we assembled in front of the building of Liquidation Board,” one of the participants in this protest commented. “Once they did not respond, we went inside and they cut off the power of the building to force us to leave.”

A number of workers for a garment factory Sabalan assembled in front of the governorate building in Ardabil to demand their unpaid wages, which have not been paid for three months. These workers say that while the company spends a lot of money on erecting pavilions, building restaurants in company premises, other expenses for tourist attractions, and paying some former politicians apparently as Consultants or board members, they do not pay workers’ wages.

A group of women’s rights activists and other citizens assembled at the Faezeh Maleki-Nia’s burial place in Dolat-Abad village to ask for the repeal of discrimanatory laws against women. On Sunday, October 3, 22-year-old Faezeh Maleki was burned to death by her father in Sanandaj City. 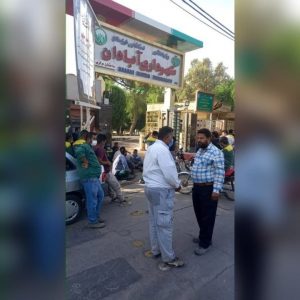 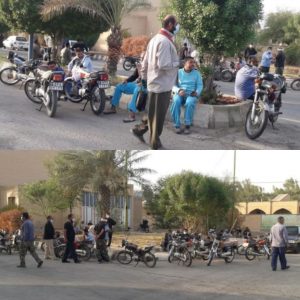 Protest of teachers in Ahvaz: 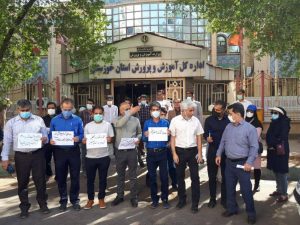 Job applicants of Karname-Sabz in Tehran:

Protest of teachers in Shiraz:

A group of job applicants of Karname-Sabz for the ninth day in a row in Tehran, a group of retirees of the Isfahan Steel’s Fund, and a number of shareholders of Saipa Diesel Company protested on Sunday.

Retirees of the Isfahan Steel’s Fund: 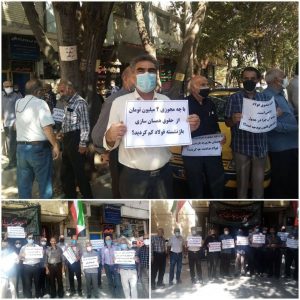 A number of shareholders of Cryptoland Exchange in Tehran, a group of workers at the Galltut Coal Mine in Zarand in Kerman province, job applicants of Karname-Sabz for the tenth consecutive day in Tehran, and a number of workers at the Shafa Rud dam in Rezvanshahr county in protest rallies called for their demands to be addressed.

Shareholders of Cryptoland exchange in Tehran:

Workers of the Galltut Coal Mine in Zarand: 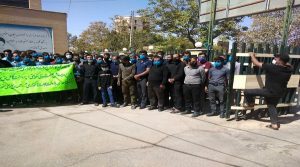 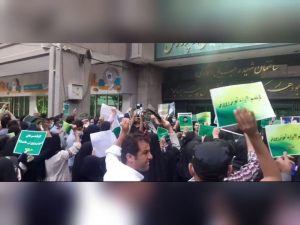 Workers of Steam company in Bushehr:

Protest of teachers in Tehran:

Protest of teachers in Lorestan:

Protest of teachers in Khuzestan:

Shareholders of Cryptoland exchange in Tehran:

Workers of the Fajr Jam refinery: 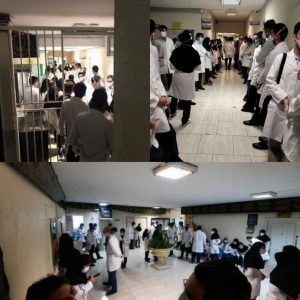 Medical students at the Azad University in Mashhad: