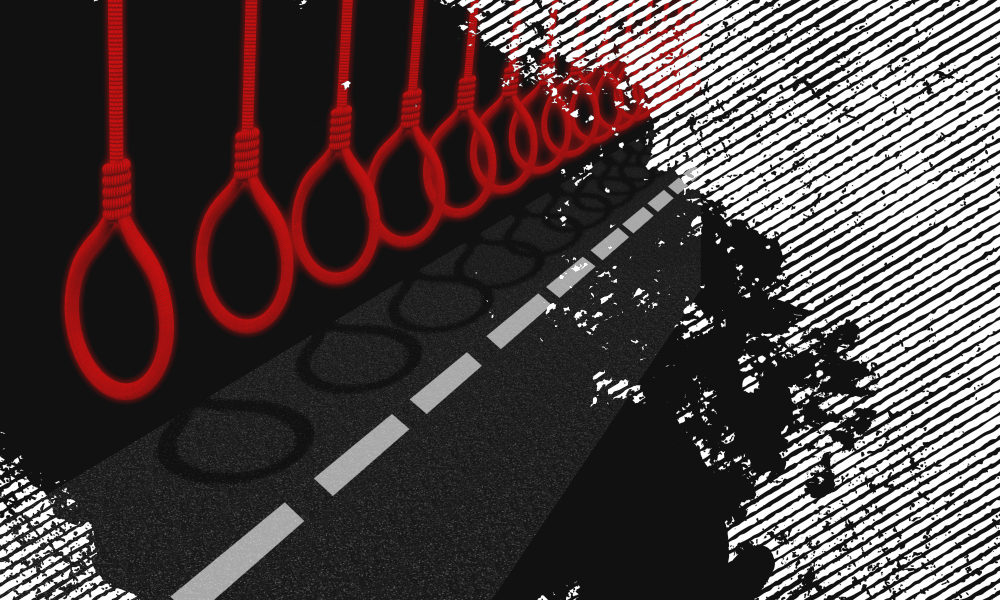 Yesterday, September 29, at dawn, two inmates in Dastgerd and Zahedan Prisons were executed.

According to HRANA, the news agency of Human Rights Activists, in Dastgerd, one of the inmates was hanged in a city in Isfahan province. He was previously convicted on drug-related charges, and had spent 20 years in prison until his execution. HRANA identified him as Abasgholi Salehi, aged 42. Reportedly, tomorrow his body will be delivered to his parent.

In addition, 20-year-old Jasin Abdollahi was executed in Zahedan Prison after being convicted of murder. His execution has not yet been confirmed by the regime’s official authorities.