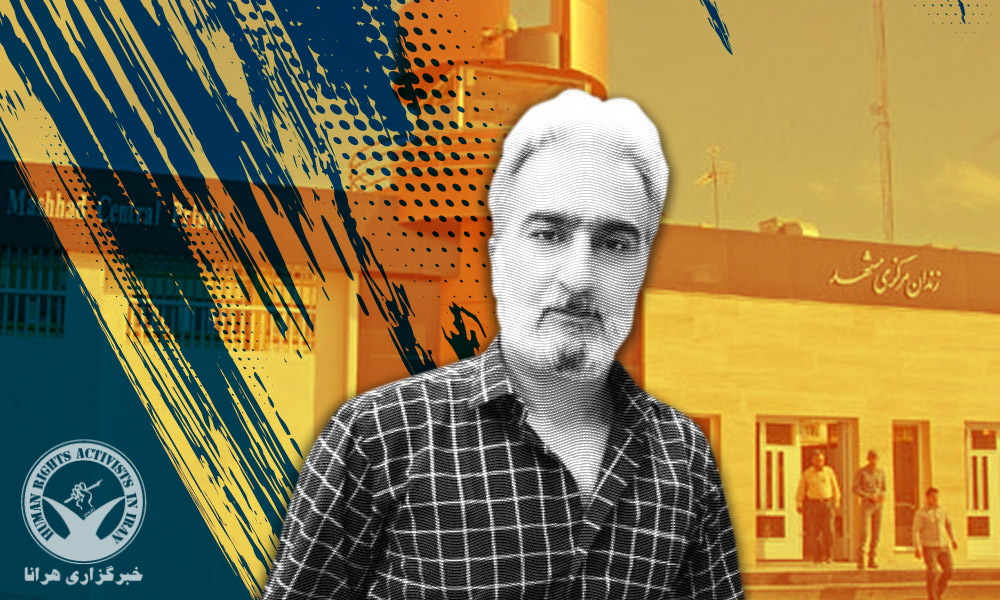 Writer, educator and civil activist Abbas Vahedian Shahroudi was recently sentenced to 10 years by Branch 4 of the Revolutionary Court in Mashhad.

According to HRANA, the news agency of Human Rights Activists, after spending 70 days in detention, Vahedian received the verdict, which was finalized after he refused to request an appeal.

In regard to a case which opened against Vahedian in 2019, the court issued this final verdict for the charge of “organizing in purpose to disturb national security” and in accordance with Article 498 of the Islamic Penal Code. During his 70 days in detention and throughout the introduction of the new case against him, Vahedian has been denied access to a lawyer.

Earlier, HRANA reported about his poor health condition in a solitary confinement cell in a Detention Center at the disposal of the Ministry of Intelligence.

On September 1 of this year, intelligence agents arrested Vahedian in Rezvanshahr County. Two days later, in a phone call to his family, he informed them about the opening of a new case  against him on a charge of “acting against national security.” Meanwhile, Vahedian’s daughter’s home in Mashhad was searched by security forces and some personal belongings were confiscated.

Vahedian has previously been arrested and convicted for his writings and civil activities. In one case, he was arrested in Mashhad in October 2018 and later charged by Branch 903 of the Revolutionary Court of Mashhad with “acting against national security”, and “attempting to overthrow the regime”. He was released on a bail of 350 million tomans from Vakilabad Prison in Mashhad in December 2018.