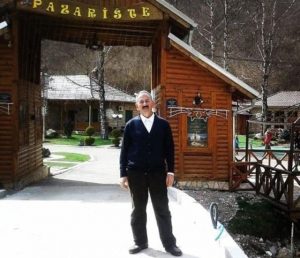 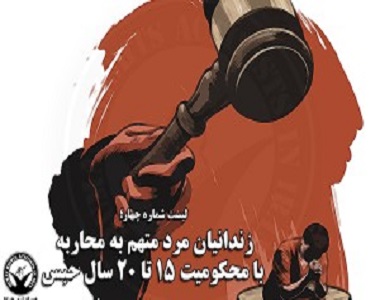 According to the report of Human Rights Activists News Agency (HRANA), there are currently at least thirty-seven male prisoners in Iranian prisons who have been convicted of Muharebeh for different reasons and have been sentenced between 15 to 20 years of imprisonment. Since 2013, According to the changes in regards of Muharebeh in the new Islamic Penal Code, these prisoners could apply for retrial. Many of them could receive commutations and reach their release soon and considering the long prison terms of some of them, it could provide them the possibility of being release. Based on the new Penal Code, adopted in 2013, the charges of “Muharebeh (waging war against god)”, “Mofset-Fil-Arz (Sowing Corruption on earth)” and “Baghi (withdrawing from the obedience of the Islamic religious authority)” under Articles 279 to 288 have been redefined. END_OF_DOCUMENT_TOKEN_TO_BE_REPLACED